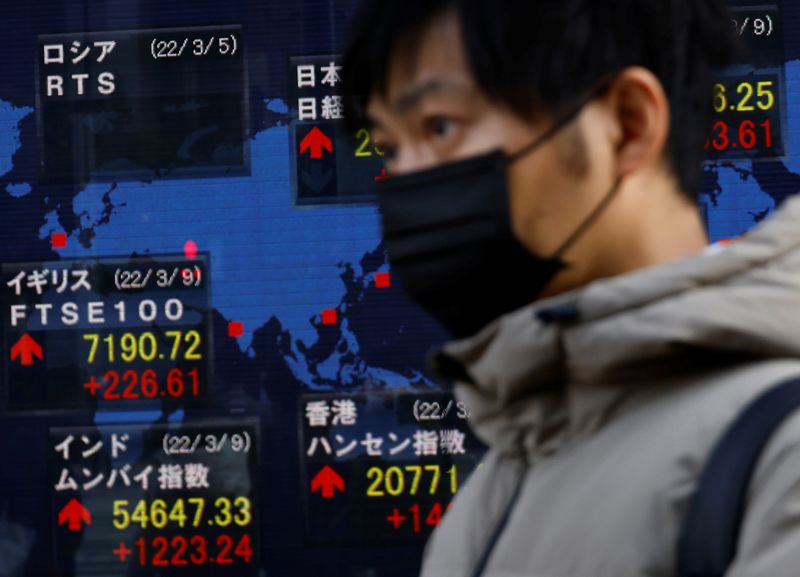 © Reuters. FILE PHOTO: A man wearing a protective mask, amid the coronavirus disease (COVID-19) outbreak, walks past an electronic board displaying various countries’ stock indexes including Russian Trading System (RTS) Index which is empty, outside a brokerage in

MSCI’s broadest index of Asia-Pacific shares outside Japan was down 0.9%.

The negative tone in Asia follows a bleak session in the U.S on Monday, which saw Goldman Sachs (NYSE:) forecast a 75 basis point interest rate hike at the Federal Reserve’s next policy meeting on Wednesday.

“The U.S. will see rate rises faster and higher than Wall Street has been expecting,” James Rosenberg, Ord Minnett advisor in Sydney told Reuters. “There will likely be the double impact of earnings forecasts being trimmed and further price to earnings derating.”

Expectations for aggressive U.S rate hikes rose after inflation in the year to May shot up by a sharper than predicted 8.6%.

The benchmark S&P 500 is now down more than 20% from its most recent record closing high, confirming a bear market, according to a commonly used definition.

In U.S. trading, benchmark 10-year Treasury yields hit their highest since 2011 on Monday and a key part of the yield curve inverted for the first time since April as investors braced for the prospect that attempts to stem soaring inflation would dent the economy.

The two-year yield, which rises with traders’ expectations of higher Fed fund rates, touched 3.4002% compared with a U.S. close of 3.281%.

fell around 4.5% on Tuesday to $21,416, a fresh 18 month low, extending Monday’s 15% fall as markets were jolted by crypto lender Celsius suspending withdrawals.

Banks are Twitter-deal escape hatch that Musk would struggle with By... 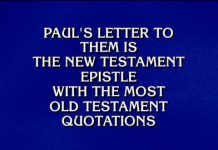