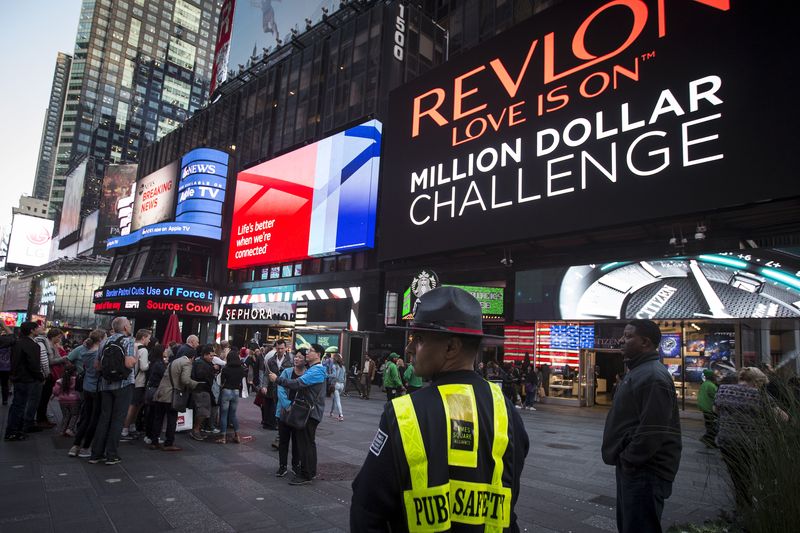 © Reuters. FILE PHOTO: A Public Safety officer keeps watch as people stand in front of a billboard owned by Revlon that takes their pictures and displays them in Times Square in the Manhattan borough of New York October 13, 2015. REUTERS/Carlo Allegri

The nail polish and lipstick maker, controlled by billionaire Ron Perelman’s MacAndrews & Forbes, listed assets and liabilities between $1 billion and $10 billion, according to a filing with the U.S. Bankruptcy Court for the Southern District of New York.

The bankruptcy filing comes days after the Wall Street Journal reported Revlon had begun talks with lenders ahead of looming maturities of debt to avoid bankruptcy.

Revlon’s sales have struggled amid supply bottlenecks and a failure to swiftly switch to in-demand skincare, losing shelf space in U.S. stores to startups backed by celebrities such as Kylie Jenner’s Kylie Cosmetics and Fenty Beauty by Rihanna.

In contrast, rival Coty (NYSE:) Inc has gained market share by investing heavily to improve supplies and cater to a post-pandemic rebound in demand for mascara and lipsticks.

Revlon, which has been helmed by Perelman’s daughter Debra Perelman since mid-2018, had long-term debt of $3.31 billion as of March 31.

Formed in 1932 by brothers Charles and Joseph Revson and Charles Lachman, Revlon was sold to MacAndrews & Forbes in 1985 and went public 11 years later. The company bought Elizabeth Arden in an $870 million deal in 2016 to strengthen its skincare business.

But Revlon’s net sales in 2021 declined 22% from its 2017 levels amid rising competition. The company also made headlines two years ago when Citigroup Inc (NYSE:) accidentally sent nearly $900 million of its own money to Revlon’s lenders, rather than a small interest payment. A U.S. federal judge, however, ruled it was not entitled to recoup the money. 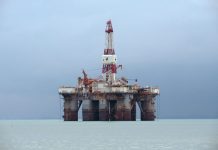