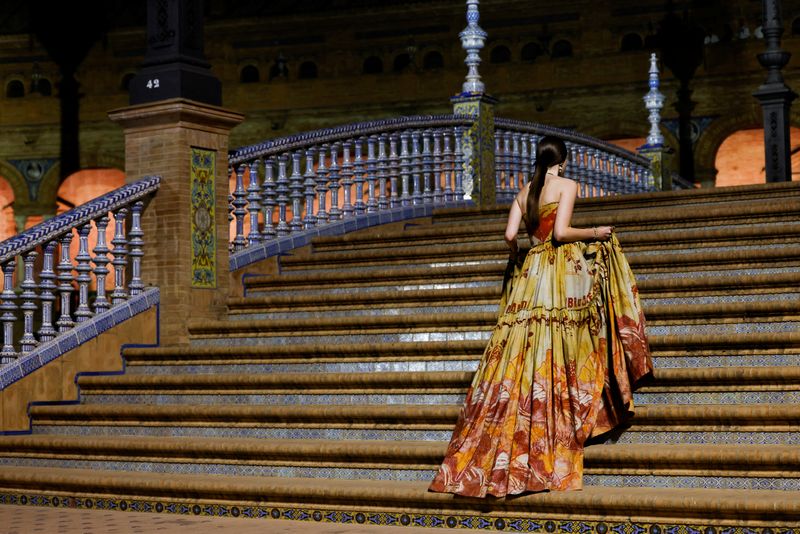 © Reuters. A model presents an outfit by Christian Dior during a cruise show to unveil the 2023 collection, in Seville, Spain, June 16, 2022. REUTERS/Marcelo del Pozo

(Reuters) – A live show by Christian Dior in the Spanish city of Seville on Thursday included a colourful celebration of flamenco.

The event is one of several that mark the return of luxury labels to the catwalk after a period of dormancy during the COVID-19 pandemic.

The event in the city’s historic Plaza de Espana showcased the French brand’s new “Cruise 2023” collection, including looks that evoked the Duchess of Alba, the world’s most titled aristocrat and a flamenco fashion icon for decades at Seville´s Feria de Abril until her death in 2014.

Chiuri said other collaborations produced individual items, such as hats, and what she called a “very unique and haute couture” method of embroidery featuring thread made from “real silver and real gold.”

“I’ve never seen it before, not in Paris, not in Italy and not in India,” Chiuri said.