I think we’ve all earned a weekend break in the sun after an extraordinary week in the markets that saw plenty of central bank action, even from those not scheduled to meet.

Stock markets are ending the week on a positive note, not that anyone is getting carried away with today’s price action after turbulent trading conditions in recent days. Triple witching may also be a factor in today’s moves, which is another reason not to get excited.

Recessions are increasingly likely as central banks race to dramatically raise rates before inflation spirals out of control. It is better than the alternative though – stagflation. It is a term that’s been thrown around way too much in recent months, which perhaps highlights the trepidation around it. We are not in a stagflationary environment, nor will we be later this year. But the risk of one is rising, which is why central banks are becoming increasingly accepting of their actions tipping the economy into recession.

There are a few exceptions, obviously. The Bank of Japan doesn’t have an inflation problem. In fact, it’s just about hitting its target thanks to high energy costs, but that won’t last. Its issue is a result of everyone else’s inflation problem, with the BoJ being forced to buy huge amounts of bonds on a daily basis as part of its yield curve control (YCC) tool. Although on Friday, it received no bids, which may bring some short-term reprieve.

The central bank remains committed to its YCC despite the pressure its ceiling has come under in recent weeks and the impact it’s had on the currency. Barring a sudden SNB-style U-turn, it would appear the BoJ is not even entertaining the idea of throwing in the towel. Pressure will continue to mount in the weeks and months ahead, but FX market intervention is likely to come before the BoJ abandons its YCC policy.

From Bad To Worse For Bitcoin

is showing some resilience around $20,000 which is being touted as a massive level. A break of it could be disastrous for bitcoin and the broader cryptocurrency space which would likely track it lower. How much longer can it hold? The constant flow of negative headlines – , – in the current environment has been devastating for cryptos, and now reports of Three Arrows Capital failing to make margin calls could lead to others surfacing in the coming weeks, spreading further negativity. It could get much worse before it gets better.

Emirates to suspend Nigeria flights from September over trapped funds By... 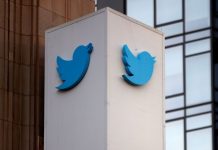 Google backs India’s ShareChat in $300 million funding round at $5...