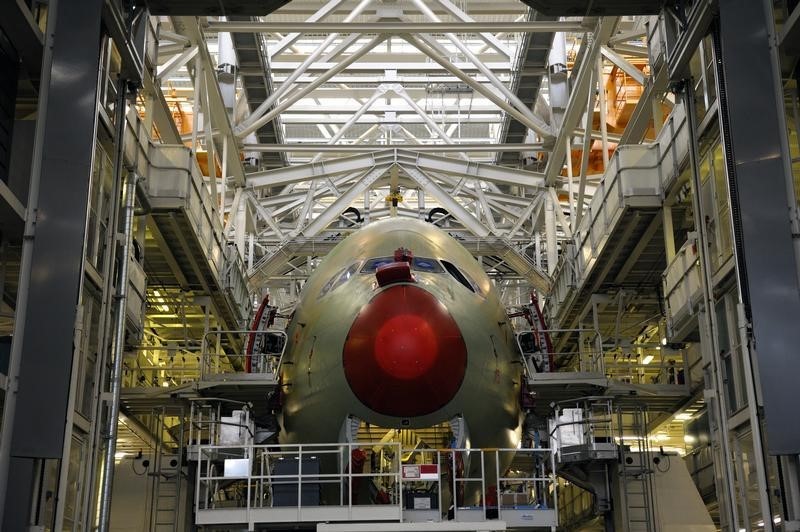 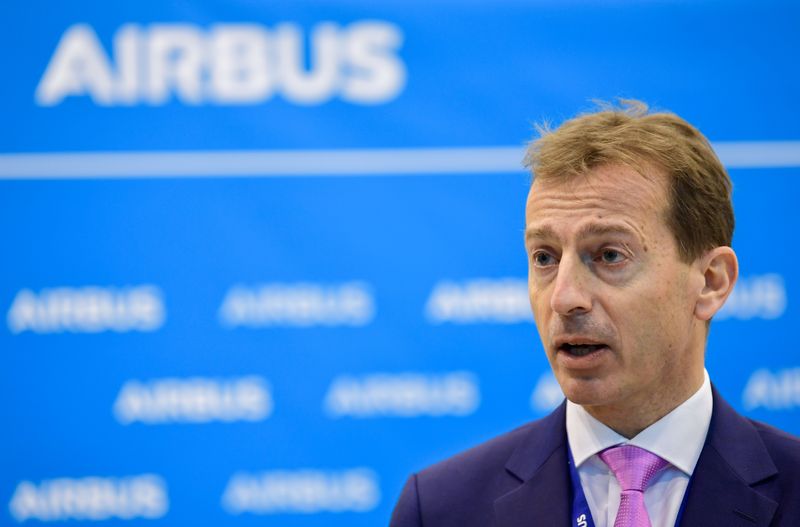 DOHA (Reuters) -Airbus is in discussions with Qatar Airways to try to resolve a bitter legal and safety dispute over the A350 passenger jet, the planemaker’s chief executive said on Sunday.

“There’s progress in the sense that we are communicating; we are working with each other,” Guillaume Faury told Reuters on the sidelines of an airlines meeting in Doha. “I think we share the view that a settlement would be a better way forward, but as long as you don’t have an agreement, you have no agreement.”

The two sides are at loggerheads over the airworthiness of Europe’s newest long-haul jet after damage to its protective outer skin exposed gaps in lightning protection and prompted Qatari authorities to ground more than 20 jets.

Airbus, backed by European regulators, has acknowledged quality flaws with the jets at several airlines but denies the problems amount to a safety risk, because of backup systems.

Qatar Airways, supported by its own national regulator, which has ordered the jets out of service as the problem appears, insists that the safety impact cannot be properly understood until Airbus provides deeper analysis.

In an unprecedented London court battle, it is pursuing Airbus for more than $1 billion in damages, with the value of the carrier’s claim rising by $4 million per day.

“We are in a difficult place, but we in Airbus are really willing to find a way out,” Faury said.

“We have been in discussion (and) the line of communication has never been broken between us and Qatar Airways. I am not suggesting it’s easy…but we’re speaking to each other and we continue to support Qatar Airways in their operations.”

Qatar Airways Chief Executive Akbar Al Baker told reporters last month he hoped the dispute could be “resolved outside the courts of law” while remaining severely critical of the erosion of the jets, which has also affected some other carriers.

So far, industry sources say there are no signs of a settlement and a British judge last month called into question whether the dispute could be resolved outside court any time soon given the wide gap between the parties.

Faury and Al Baker are both attending the June 19-21 annual assembly of the International Air Transport Association in Doha, but delegates said there had been no sign of direct talks so far.

Industry sources say the rift is particularly hard to unravel after it widened in January when Airbus revoked a separate contract with Qatar Airways for its smaller A321neos.

Qatar Airways has said the move to punish the airline over the A350 by cancelling a separate deal sets a worrying market precedent, but Airbus says it was applying its contractual rights.

Tosca Musk, Elon’s sister, has a business venture of her own...