In anticipation of a significant slowdown in the US housing market, investors have sent housing-related stocks tumbling this year.

The , which includes companies such as Lennar Corporation (NYSE:), KB Home (NYSE:), and DR Horton (NYSE:), has slumped around 40% this year— and is now poised for its most significant annual decline since 2007. 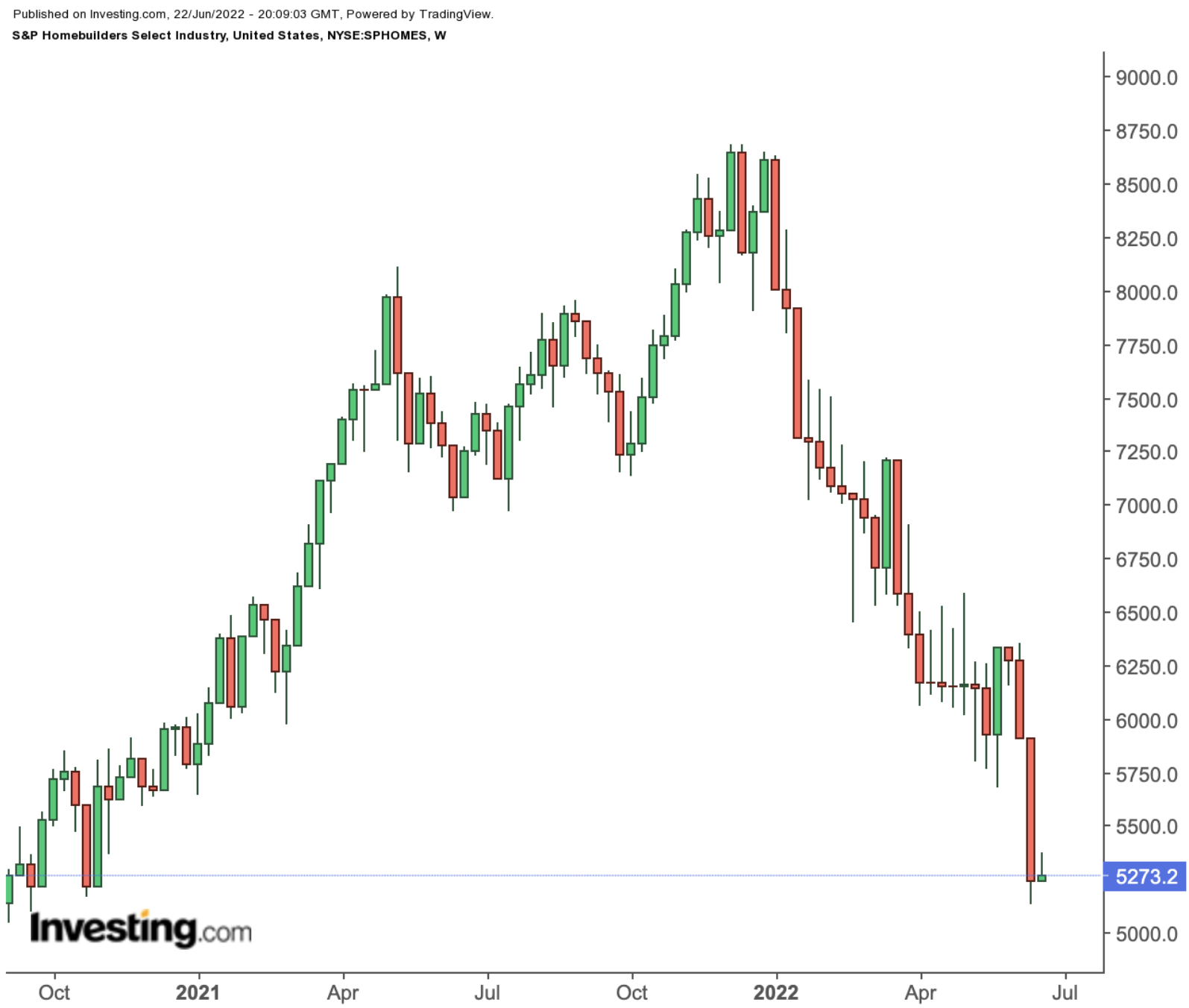 The exodus from the sector’s stocks came as the surged to 6%, the highest since late 2008, a potential tipping point for housing and the broader economy.

Last week, the US Federal Reserve announced a , the biggest since 1994, to tame which is running at the highest in four decades.

However, after this massive sell-off, the housing sector is beginning to present an attractive risk-reward proposition to investors looking for long-term opportunities amid the current bear market.

Some homebuilders’ forward price/earnings multiples are down to a low single-digit, sending investors a significant buy signal. Moreover, the US home supply remains very tight, and the work-from-home culture could support long-term demand.

When reporting this week, the second-largest US builder, Lennar Corp., told investors that it has started reducing prices and offering buyer incentives in some areas of the US to bolster sales as demand cools.

Lennar is currently sticking to its earlier forecast for deliveries of about 68,000 homes in its full fiscal year. But with the US mortgage rates rising and the risk of a recession looms after the pandemic boom, “current attempts at guidance are tantamount to ‘guessing’ and not ‘guiding,’” Lennar’s Executive Chairman Stuart Miller said in the company’s earnings statement.

“While we believe that there remains a significant shortage of dwellings, and especially workforce housing, in the United States, the relationship between price and interest rates is going through a rebalance.”

As the housing market dynamics change, at least three analysts have reduced their ratings on homebuilders during the past week, signaling more short-term pain could be in store for this hard-hit sector.

Analysts at Bank of America, in a note, said the urgency to buy homes has dissipated, predicting a pause in housing market demand that could stretch into 2023.

According to the note:

“We still see positive long-term drivers to new home demand, including a demographic tailwind and a shortage of homes following a decade of underbuilding, but the urgency to buy has evaporated, and we expect a pause in the housing market that could stretch into 2023.”

While higher borrowing costs may cool the pace of price increases, the severe housing shortage and intense pent-up demand for real estate—from both traditional buyers and investors—are likely to prevent an all-out crash and support homebuilders in the long run.

A housing crash, like the one following the 2008 financial crisis, is unlikely because demand still far outstrips the supply of available homes, Bloomberg cited the housing data firm Black Knight in a report.

Most owners have significant equity stakes in their properties, especially since the recent surge in values, meaning they could sell in a financial pinch without taking a loss. The report says that if prices fall 10% from today’s levels, only about 1.3 million of the 53 million outstanding home loans would be underwater.

Homebuilder stocks reflect investors’ fear that rising mortgage interest rates will dry up demand for housing and hurt their earnings. But this time around, many favorable factors support the housing market, such as supply shortages, soaring rents, and work-from-home culture.

Looking to get up to speed on your next idea? With InvestingPro+ you can find