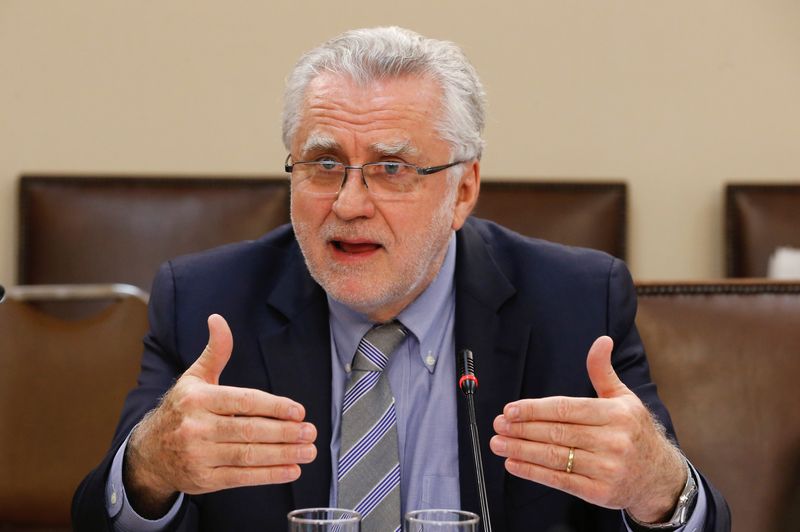 SANTIAGO (Reuters) – Chilean state-owned miner Codelco, the world’s top producer of the red metal, sees a firm copper price ahead despite a recent sharp fall, chairman of the board Máximo Pacheco told Reuters in an interview in Santiago.

The comments come as copper prices posted their biggest weekly fall in a year as investors worried that efforts by central banks to stem inflation will stifle global economic growth and reduce demand for metals.

“We may be in temporary short-term turbulence, but what is important here are the fundamentals, the supply-demand balance looks very favorable to those of us who have copper reserves,” Pacheco said.

“In a world where copper is the conductor par excellence and where there aren’t many new deposits either, the price of copper looks very firm because the future looks very electric.”

Benchmark copper on the London Metal Exchange was 0.5% lower at $8,367 a tonne on Friday after touching $8,122.50, down 25% from a peak in March and the lowest level since February 2021. Other industrial metals also tumbled.

Pacheco, a former energy minister appointed earlier this year, said the annual production goal would be maintained at 1.7 million tonnes while he was in charge, including for this year. He said costs needed to be kept in check

“In this industry we compete with costs and that is why we need to be competitive,” he said.

Chile’s government said this week it would allow Codelco, which gives all its profits to the state, to retain 30% of its profits from last year to help finance an ambitious $40 billion investment plan until the end of the decade.

“We have this portfolio of very large projects and the Chilean state decided to change the dividend policy precisely to be able to finance those strategic projects not only with depreciation and debt but also with reinvestment,” he said.

The executive said the injection of resources would allow the firm’s debt to remain “relatively stable,” currently at some $18 billion, though it would still look for opportunities to go to debt markets to improve its maturity curve.