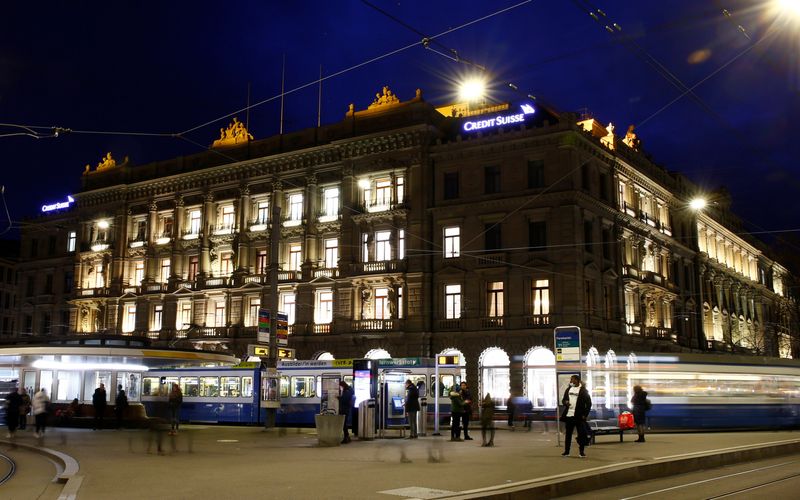 © Reuters. FILE PHOTO: Trams are seen in front of the headquarters of Swiss bank Credit Suisse at the Paradeplatz in Zurich, Switzerland February 22, 2022. Picture taken with long exposure. REUTERS/Arnd Wiegmann

(Reuters) – Credit Suisse has been found guilty by Switzerland’s Federal Criminal Court of failing to prevent money-laundering in the country’s first criminal trial of one of its major banks.

Credit Suisse denied wrongdoing in the case, which caps a string of scandals at Switzerland’s second-biggest bank.

Here are the main crises to the bank has faced in recent years:

A Bermuda court ruled in March that former Georgian Prime Minister Bidzina Ivanishvili and his family are due damages of more than half a billion dollars from Credit Suisse’s local life insurance arm.

The court said that Ivanishvili and his family were due the damages as a result of a long-running fraud committed by a former Credit Suisse adviser, Pascale Lescaudron.

Lescaudron was convicted by a Swiss court in 2018 of having forged the signatures of former clients, including Ivanishvili, over an eight-year period.

Credit Suisse expects the case, against which it is appealing, to cost it around $600 million.

Credit Suisse denied allegations of wrongdoing after dozens of media in February published results of coordinated, Panama Papers-style investigations into a leak of data on thousands of accounts held there in previous decades.

The allegations in the “Suisse Secrets” media articles included that the bank had human rights abusers and businessmen under sanctions among its clients.

The abrupt move came less than a year after Horta-Osorio was brought in to clean up the bank’s corporate culture marred by its involvement with collapsed investment firm Archegos and insolvent supply chain finance firm Greensill Capital.

Board member Axel Lehmann took over as chairman.

Credit Suisse pleaded guilty to defrauding investors https://www.justice.gov/opa/pr/credit-suisse-resolves-fraudulent-mozambique-loan-case-547-million-coordinated-global over an $850 million loan to Mozambique meant to pay for a tuna fishing fleet and is paying U.S. and British regulators $475 million to settle the case under a deal announced in October.

About $200 million of the loan went in kickbacks to Credit Suisse bankers and Mozambican government officials. The bank was aware of a huge shortfall between the funds raised and the value of boats bought but failed to disclose this to investors when the loan was restructured in 2016, the regulators said.

Credit Suisse also arranged a loan that was kept secret from the International Monetary Fund (IMF). When Mozambique admitted to $1.4 billion in undisclosed loans the IMF pulled its support, sending the southern African country’s economy into a tailspin.

The hedge fund’s highly leveraged bets on certain technology stocks backfired and the value of its portfolio with Credit Suisse plummeted.

An independent report into the incident criticised the bank’s conduct, saying its losses were the result of a fundamental failure of management and control at its investment bank, and its prime brokerage division in particular.

The report said the bank was focused on maximising short-term profits and failed to rein in voracious risk-taking by Archegos, despite numerous warning signals, calling into question the competence of its risk personnel.

Credit Suisse was forced to freeze $10 billion of supply chain finance funds in March 2021 when British financier Greensill Capital collapsed after losing insurance cover for debt issued against its loans to companies.

The Swiss bank had sold billions of dollars of Greensill’s debt to investors, assuring them in marketing material that the high-yield notes were low risk because the underlying credit exposure was fully insured.

A number of investors have sued the Swiss bank over the Greensill-linked funds. The bank has returned about $6.8 billion to investors so far.

Credit Suisse shareholders rejected a proposal from the bank’s board to discharge management from other liabilities for 2020, highlighting shareholder anger of the bank’s costly missteps.

The vote garnered only 35.88% approval at the bank’s AGM in April, as proxy advisers pointed to risk and control deficiences leading up to the Greensill and Archegos meltdowns.

That leaves room for shareholders to hold directors responsible for wilful or grossly negligent violations of their duties under Swiss rules.

Credit Suisse Chief Executive Tidjane Thiam was forced to quit https://www.reuters.com/article/us-credit-suisse-spying-ceo-idUSKBN2010L3 in March 2020 after an investigation found the bank hired private detectives to spy on its former head of wealth management Iqbal Kahn after he left for arch rival UBS.

Credit Suisse repeatedly played down the episode as an isolated incident.

However, Switzerland’s financial regulator said Credit Suisse had misled it about the scale of the spying. The regulator said the bank planned seven different spying operations between 2016 and 2019 and carried out most of them.

In a rare rebuke, the regulator said there were serious organisational shortcomings at Credit Suisse and that the bank had even tried to cover its tracks by doctoring an invoice for surveillance.

In response, Credit Suisse said that it condemned the spying and had taken “decisive” steps to improve its governance and strengthen compliance. 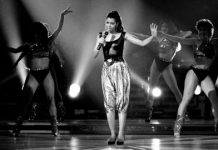