Shares of RH (NYSE:) are down over 11% Thursday after the luxury home-furnishing business trimmed its forecast for full-year revenue due to expectations of weaker demand in the second half of the year.

RH shares are now down over 60% since the beginning of the year and roughly 70% since the all-time set last August.

RH now anticipates annual sales to be down by 2% to 5%, compared to the previous forecast range of 0% to +2%. For the fiscal Q2, the company expects revenue to drop between 1% and 3%, relative to the year-ago quarter. The company’s Chief Executive Gary Friedman said:

“With mortgage rates double last year’s levels, luxury home sales down 18% in the first quarter, and the Federal Reserve’s forecast for another 175 basis point increase to the Fed Funds Rate by year-end, our expectation is that demand will continue to slow throughout the year.”

Friedman warned of persisting challenges over the next few quarters as demand returns to more normal levels following the coronavirus boom. RH had already warned of a weakening demand earlier this month due to geopolitical tensions, particularly the war in Ukraine.

The company also said Wednesday it hadn’t bought back any shares since announcing the expansion of its repurchase program at the start of the month.

The latest guidance cut marks yet another blow for RH investors, given that shares are down more than 55% since the start of the year. Just four weeks ago, RH warned of a:

“certain long-term risk of brand erosion and model destruction once you begin down that path” despite “a widespread return to discounting across our industry.”

Earlier this month, the luxury retailer a Q1 net income growth of 59% to $7.78 per share, topping the consensus estimates of $5.38 per share. For the period that ended April 30, RH reported revenue of $957 million, up 11% from $861 million in the same quarter last year and above the analysts’ expectations of $924.81 million.

Gross margin grew by 480 basis points to 52.1%, thanks to a 390 basis points boost in product margins and RH’s persistence to continue promoting its business despite softening demand.

The rapidly-descending confidence in consumer strength comes in the light of several companies of business issuing warnings to investors about an imminent economic downturn due to 40-year-high and aggressive interest rate hikes.

Tesla CEO Elon Musk, as well as RH’s Gary Friedman, are heading the list. During his earnings call to investors, Friedman said there is a “long way to go” when it comes to hiking interest rates to curb inflation and told them to “be prepared for anything.”

Similarly, Tesla Inc (NASDAQ:) boss Elon Musk told his employees last month that he feels super bad about the current state of the economy and announced plans to reduce 10% of the workforce at the electric carmaker.

The warnings came in the face of stronger-than-anticipated payroll gains last month. However, some economists still believe the U.S. and global economy will avoid the recession despite the downturn. A recent poll conducted by Reuters shows a 40% chance of a U.S. recession over the next two years.

Furthermore, reports in May showed that the U.S. service providers grew at the slowest pace in more than a year, pointing to a strong slowdown in business activity due to supply challenges.

Jamie Dimon, CEO of the Wall Street giant JPMorgan Chase, said the slowdown was particularly evident in the banking industry and voiced his concerns over a potential economic “hurricane.”

“That hurricane is right out there down the road coming our way,” “We don’t know if it’s a minor one or Superstorm Sandy. You better brace yourself.”

Goldman Sachs) President John Waldron provided similar feedback on the current economic environment, describing it as one of the most complexes yet.

Citigroup CEO Jane Fraser said she believes Europe is more likely to fall into a recession compared to the U.S. because of rising energy costs. Fraser noted that consumers in the U.S. are financially healthier than their overseas counterparts despite the significant risks related to interest rates and a potential recession.

Softening demand trends have forced luxury furniture company RH to cut its guidance once again. As a result, shares hit a fresh 2-year low today and are down about 70% in the last 10 months.

Analysis-Nature deal gets finance, business thumbs up, yet hurdles remain

Securities fraud trial over Elon Musk’s 2018 tweets draws to a... 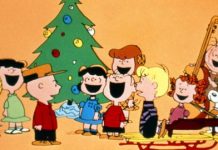 The secrets behind these Christmas movie classics

Are We Headed for an Earnings Cliff?