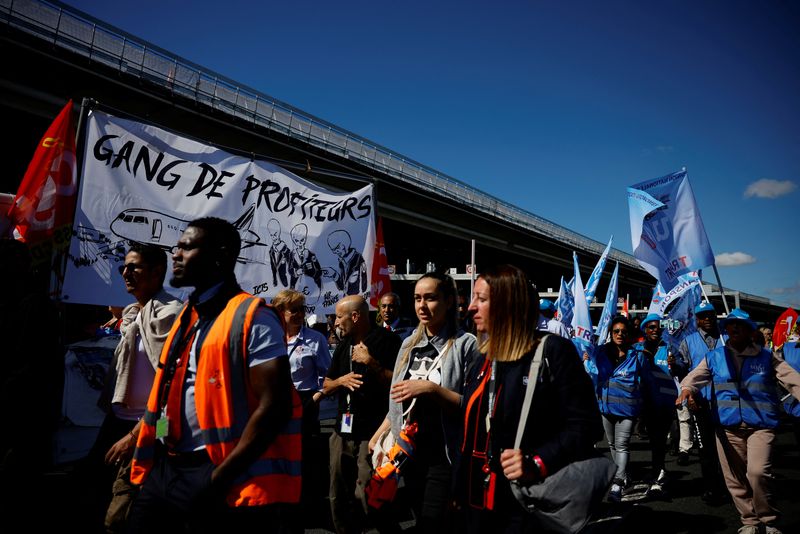 Ground staff at Roissy-Charles de Gaulle airport have staged a series of strikes to demand a wage hike to cushion the pain of inflation, emboldened by booming demand for air travel and staff shortages caused in part by the COVID-19 pandemic.

The current walkout, which began on Thursday, is due to continue until Sunday, though France’s civil aviation authority said less disruption was expected.

Airport operator ADP had offered staff a 4% pay rise if they agreed to end the strike on Friday, but workers rejected the offer, a union representative told Reuters.

“A majority of workers think the offer is not good enough,” said Daniel Bertone, who represents the CGT union. “They don’t trust management and they don’t accept the ‘it’s this or nothing’ blackmail.”

“We notified the management of a new strike plan from the 8th until the 10th of July,” Bertone added.

Staff of Paris airports’ subcontractors plan other strikes from July 13-17.

On Saturday, one in five flights were cancelled between 0500 GMT and 1200 GMT.

Air France said it maintained all of its long distance flights and 90% of its mid-distance services.