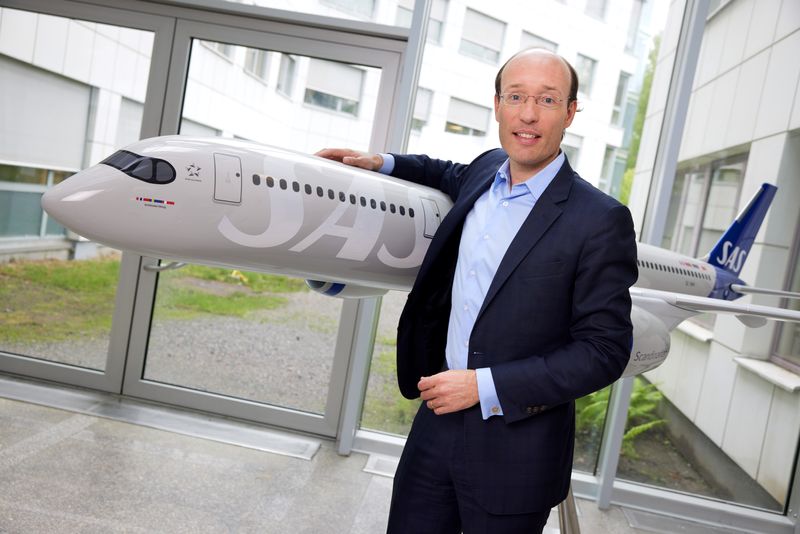 By Anna Ringstrom and Essi Lehto

STOCKHOLM (Reuters) -Wage talks between Scandinavian airline SAS and its pilots collapsed on Monday, triggering a strike that puts the future of the carrier at risk and adds to travel chaos across Europe as the peak summer vacation period begins.

The action is the first major airline strike to hit when the industry is seeking to capitalise on the first full rebound in leisure travel following the pandemic.

It follows months of acrimony between employees and management as the airline seeks to recover from the impact of lockdowns without taking on costs it believes would leave it unable to compete with lower-cost rivals.

At the same time, employees across Europe are demanding wage rises as they struggle with surging living costs.

“A strike at this point is devastating for SAS and puts the company’s future together with the jobs of thousands of colleagues at stake,” SAS Chief Executive Anko van der Werff said in a statement.

“The decision to go on strike now demonstrates reckless behaviour from the pilots’ unions and a shockingly low understanding of the critical situation that SAS is in.”

Lindgren said the pilots were ready to resume talks, but called on employers to change their stance. “We hope we will be able to return to the negotiating table and meet, but it requires that the employer makes a move,” he said.

The unions said nearly 1,000 pilots in Denmark, Sweden and Norway will join the strike, which is one of the biggest walkouts by airline workers since British Airways pilots in 2019 grounded most of the carrier’s flights in a dispute over pay.

In addition, Spanish-based cabin crew at Ryanair and easyJet (LON:) plan to strike this month to demand better working conditions and workers at Paris’ Charles de Gaulle airport stopped work at the weekend, forcing cancellation of about 10% of flights.

Loss-making SAS is seeking to restructure its business by undertaking large cost cuts, raising cash and converting debt to equity.

“This is all about finding investors. How on earth is a strike in the busiest week of the last 2.5 years helping find and attract investors?” van der Werff told reporters.

It estimated the strike would to lead to the cancellation of around 50% of scheduled SAS flights and impact around 30,000 passengers per day.

The carrier, which is part-owned by the governments of Sweden and Denmark, last month averaged 58,000 passengers per day. It serves destinations in Asia, Europe and the United States.

Denmark has said it is willing to inject more cash and write off debt on condition the airline brings private investors on board as well, while Sweden has refused to inject more money.

Norway sold its stake in 2018, but still holds debt in the airline, and has said it might be willing to convert the debt into equity.

Sweden’s industry minister did not immediately reply to a request for comment.

Denmark’s Finance Minister Nicolai Wammen in an e-mailed comment to Reuters said he hoped the parties could reach a solution as soon as possible.

“Collective agreement issues are a matter between SAS’ management and the employees of SAS and their organisations,” he said.

The collective agreement between the airline and the SAS Pilot Group union expired on April 1. Months of negotiations, which began last November, have failed to conclude a new deal.

Pilots were angered by SAS’ decision to hire new pilots through two new subsidiaries – Connect and Link – instead of first rehiring former employees dismissed during the pandemic, when almost half of its pilots lost their jobs.

A strike would include all pilots from parent company SAS Scandinavia, but not Link and Connect, a union that organises the 260 pilots attached to the two units. Neither would it affect SAS’ external partners Xfly, Cityjet and Airbaltic, the company has said.

The company had already cancelled many flights ahead of the summer, part of a wider trend in Europe, where, in addition to the upheaval of strike action, operators have responded to staff shortages created by slow rehiring after the pandemic. 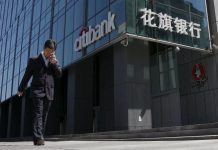