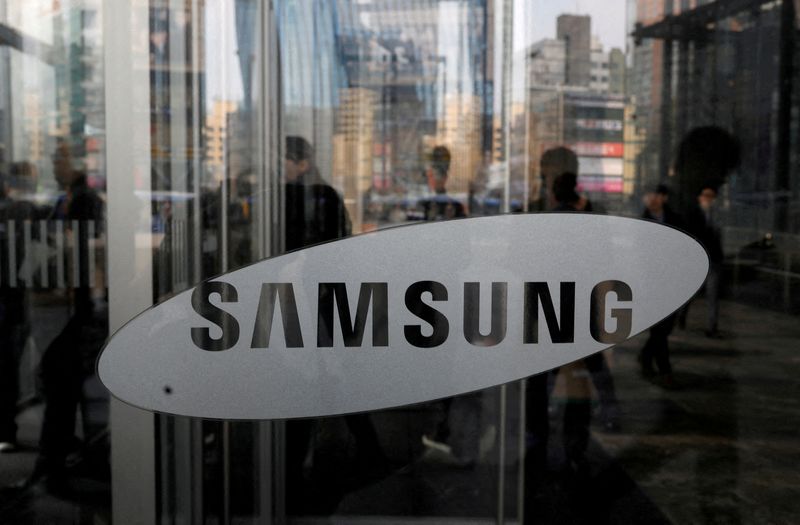 By Joyce Lee and Heekyong Yang

That was only slightly shy of a 14.45 trillion won SmartEstimate from Refinitiv.

Samsung is due to release detailed earnings this month.

Samsung’s chip profits were shielded last quarter from what analysts think is a looming glut at customers after high demand in the past two years, as large U.S. tech firms that use a lot of data centre services kept buying chips to meet cloud demand.

But prices of specific DRAM chips, used in tech devices and servers, fell about 12% last month from a year ago, according to data provider TrendForce, and analysts expect prices to continue to fall as demand weakens for smartphones and laptops.

“Server DRAM has become the only effective sales outlet … Therefore, Korean manufacturers were the first to signal a willingness to discuss a quarterly pricing reduction of more than 5% (for server DRAMS),” TrendForce said.

Prices of NAND Flash chips, used for data storage in tech devices, are also projected to fall as much as 5% in the July-September period from the previous quarter, TrendForce said.

Rising inflation, concerns about a downturn in major markets, the war in Ukraine and China’s COVID-19 lockdowns have resulted in slowing smartphone sales, leaving server chip demand as the only bright spot, analysts said.

After A Fourth-Straight Hike, A Hawkish Powell