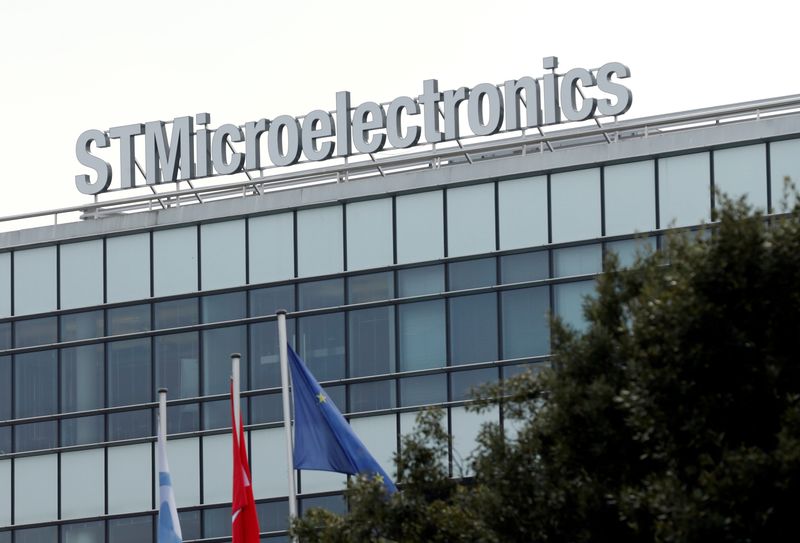 © Reuters. FILE PHOTO: A logo is pictured on the factory of STMicroelectronics in Plan-les-Oautes near Geneva, Switzerland, December 6, 2016. REUTERS/Denis Balibouse

PARIS (Reuters) -GlobalFoundries Inc and STMicroelectronics will announce on Monday plans to build a semiconductor factory in France for an investment of nearly 4 billion euros, as part of Europe’s efforts to boost its independence in microchips, Le Figaro reported on Sunday.

This would help support a push from the European Commission to produce 20% of the world’s microchips in Europe by 2030.

The investment is expected to be announced during the fifth edition of the President Emmanuel Macron’s “Choose France” summit to be held on Monday in Versailles.

A snapback in demand for products ranging from smartphones to cars, following a slump caused by the coronavirus pandemic, has disrupted chip supply chains especially in the car industry.