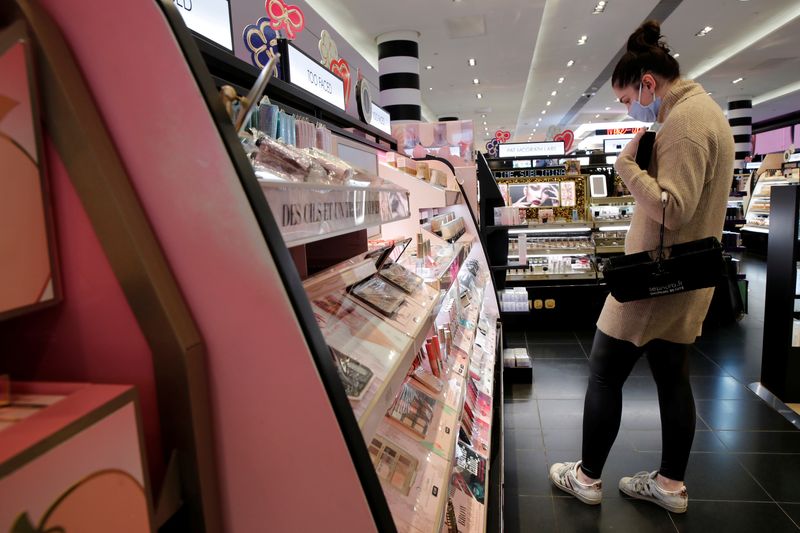 © Reuters. FILE PHOTO: A woman, wearing a protective face mask, shops at a Sephora store on the Champs Elysees Avenue in Paris as France softens its strict lockdown rules during the outbreak of the coronavirus disease (COVID-19) in France, May 12, 2020. REUTERS/Beno

PARIS (Reuters) -LVMH’s retail beauty brand Sephora is selling its Russian subsidiary to the local general manager of the chain, the French company said on Monday, joining a flood of Western businesses leaving the country.

Sephora, which has 88 stores in Russia with 1,200 employees, will now operate under the “Ile de Beaute” brand, a local chain it bought in 2016, a few years after an initial investment.

The retail chain began rebranding stores in Russia under the Sephora banner in 2018 and was still in the process of doing so when the global pandemic hit in 2020.

The beauty retailer’s stores in Russia have been closed since early March, when LVMH and other luxury goods companies announced they were suspending operations in the country in the wake of Russia’s invasion of Ukraine.

Leading European luxury labels Burberry, Hermes, Cartier-owner Richemont, Kering (EPA:) and Chanel temporarily closed their stores in Russia after the Ukraine invasion, which prompted a wave of sanctions from the United States and the European Union.

Sephora said the deal, which would clear the way for the reopening of the chain, was subject to antitrust clearance. It did not disclose the price of the transaction.

Plans for a law allowing Moscow to seize the assets of foreign businesses and impose criminal penalties has prompted some to accelerate their departure, such as Nike (NYSE:), which decided to leave last month after suspending operations in March.

Eisai, Biogen Alzheimer's drug could be available to some next year