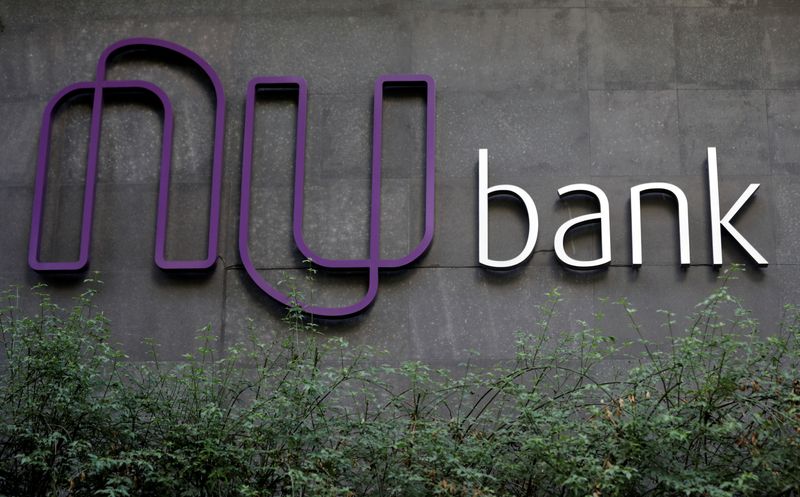 SAO PAULO (Reuters) – Nubank Holdings Ltd’s announcement that Brazilian customers’ deposits will not yield interest in the first 30 days was seen by analysts as an important step toward reducing the digital bank’s funding costs.

Nubank announced on Monday that new deposits in accounts in Brazil will remunerate costumers only if the amount stays in the account for more than 30 days. The customer will then receive that period’s income retroactively.

Inflows withdrawn before 30 days will not yield 100% of the CDI, the local interbank benchmark rate, which is attached to the country’s key interest rate, offered by the digital bank.

The measures will be implemented in phases starting July 25.

“A considerable chunk of Nu’s deposits turns before this period, so this would all become free funding,” said analysts at Itau BBA, who see the move as “a big step to optimize funding costs.”

Nubank’s measure was announced in conjunction with a new tool for customers to separate their investments based on the destination of resources, called “little boxes.” The tool will be fully implemented in Brazil by September.

Itau BBA’s analysts estimate a potential 15% increase in Nubank’s net income for 2026, if the changes are well implemented.

“Optimizing funding costs is essential as Nubank seeks to compete with large banks in the less risky retail credit pools,” Itau BBA analysts wrote in a report on Tuesday.

The main risk to monitor is whether deposits and customer satisfaction will decrease over time as a consequence of those changes, the analysts said.

Nu Holdings’ stock closed 4.8% higher in New York on Tuesday but the stock is still down sharply so far this year.

ABB gets $1.4 billion after completing power grids sale to Hitachi