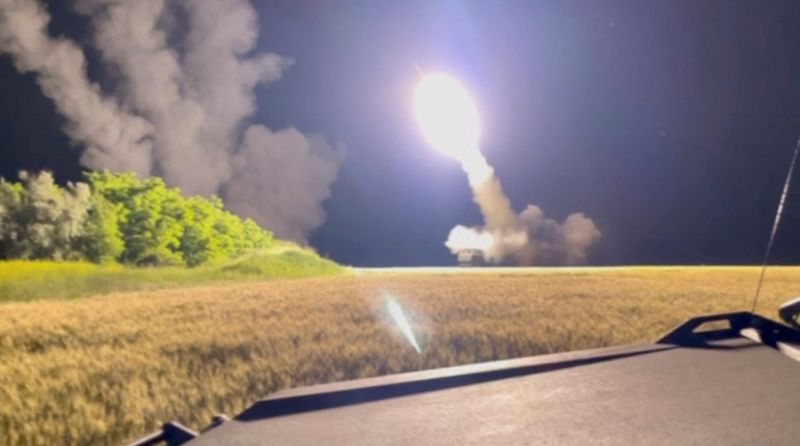 © Reuters. FILE PHOTO: A view shows a M142 High Mobility Artillery Rocket System (HIMARS) is being fired in an undisclosed location, in Ukraine in this still image obtained from an undated social media video uploaded on June 24, 2022 via Pavlo Narozhnyy/via REUTERS

WASHINGTON (Reuters) – The U.S. State Department has approved the potential sale of HIMARS rocket systems to Estonia in a deal valued at up to $500 million, the Pentagon said on Friday.

The sale comes as HIMARS systems donated by the United States and allies are being employed by Ukraine in its fight with Russia.

The Pentagon’s Defense Security Cooperation Agency notified Congress of the possible sale on Friday alongside two other foreign military sales.

The State Department also separately approved the potential sale of medium-range air-to-air missiles and related equipment to Norway in a deal valued at up to $950 million, and MK 54 Lightweight Torpedoes to South Korea for an estimated value of $130 million.

Despite approval by the State Department, the notification does not indicate that a contracts have been signed or that negotiations have concluded.