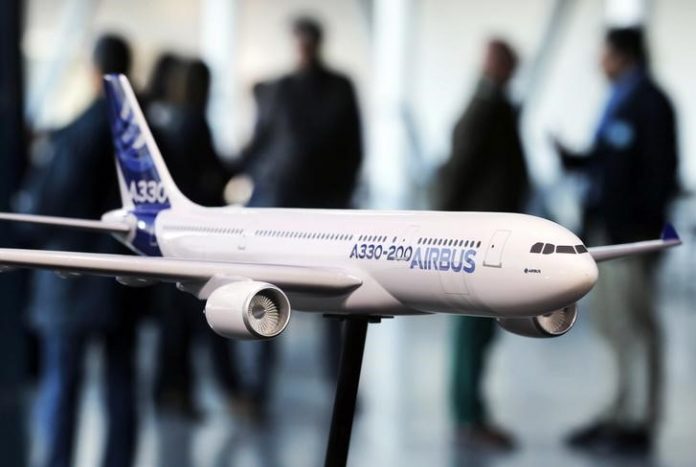 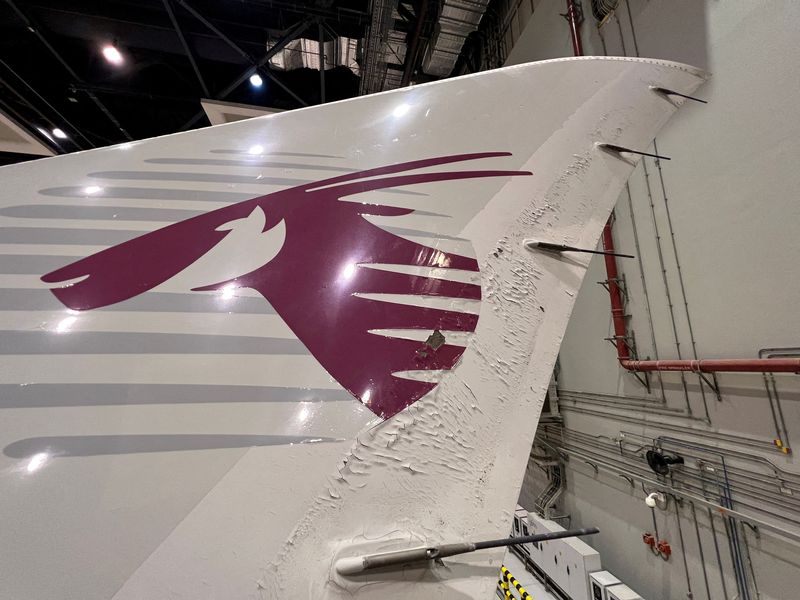 LONDON (Reuters) -A UK judge on Friday rejected an attempt by Airbus to invoke a De Gaulle-era law restricting the way it responds to foreign courts, as a high-profile dispute with Qatar Airways became mired in a growing debate over cross-border legal powers.

Qatar Airways is suing France-based Airbus for $1.4 billion over damage to the painted surface and anti-lightning system on A350 jets, saying safety could be at risk from a design defect. Airbus acknowledges quality flaws but insists the jets are safe.

Now, the two sides must provide each other with thousands of pages of documents as their dispute heads towards a rare London aerospace trial in mid-2023, barring an elusive settlement.

Airbus says it is prevented from directly handing over documents sought by Qatar Airways by a 1968 law that stops French companies from handing over sensitive economic details to foreign courts, without a special mechanism in place.

The planemaker applied to a UK judge for permission to appoint a special commissioner responsible for transmitting the documents to Qatar Airways, something it had already done to assist UK authorities during a bribery investigation.

Airbus said that failing to set up such a conduit would expose the company to criminal charges in France.

“This is not something entirely novel, weird or wacky that we are proposing,” its lawyer Rupert Allen told a division of the High Court in an online hearing on Friday.

The 1968 law – widely referred to as the “French blocking statute” – was designed to protect French companies from oppressive foreign court demands especially from the United States, with which Paris was locked in an economic Cold War.

“That in my judgment is a million miles away from what this case is all about,” Judge David Waksman said.

“This is hardly the example of an unwilling, vulnerable French company that has now found itself having to cope with a highly intrusive and oppressive form of discovery,” he said.

He also criticised the planemaker for slowness over the request for a special disclosure mechanism.

The jurisdictional row coincides with a simmering political debate in the UK over the rights of British and foreign courts following Britain’s exit from the European Union.

Tensions flared again last month when the European Court of Human Rights, which is separate from the EU, blocked Britain’s move to deport some asylum seekers to Rwanda.

At least one of the candidates to replace Boris Johnson as UK prime minister has pledged to withdraw from the court.

Deputy Prime Minister Dominic Raab, who is not standing in the Conservative leadership race, has said Britain will stay in the ECHR but that it is “legitimate to push back”.

In France, a corruption case that led to a record 3.6 billion euro $3.63 billion) fine against Airbus from Britain, France and the United States in 2020 also fuelled a debate over the extra-territorial reach of U.S. prosecutors against French companies.

Airbus said throughout the four-year investigation that it was co-operating with all domestic and foreign agencies.

Friday’s ruling came after Qatar Airways urged the judge to invoke the authority of English courts, which both sides had chosen to settle any disputes in their jetliner contracts.

“Complying with a foreign law is no defence against non-compliance” with English courts, Qatar’s lawyer Philip Shepherd said.

Airbus said in an emailed statement it had sought to comply with applicable laws rather than limit disclosure. Qatar Airways had no immediate comment on the judgment.

Volkswagen investors split on whether Porsche IPO should go ahead