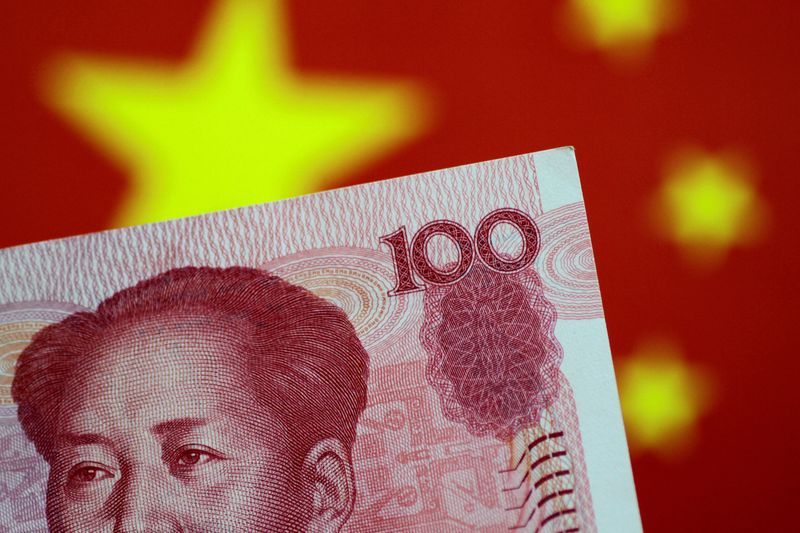 © Reuters. FILE PHOTO: A China yuan note is seen in this illustration photo May 31, 2017. REUTERS/Thomas White/Illustration/

BEIJING (Reuters) – China’s banking regulator has worked with the finance ministry and central bank to accelerate the issuance of special local government bonds to help supplement the capital of small and medium-sized banks, China Banking and Insurance News reported.

The central government will take multiple measures to enhance the capitalisation of small and medium-sized banks and build up their resistance to risks, the state-run newspaper reported late on Sunday, citing an unnamed official at the China Banking and Insurance Regulatory Commission (CBIRC).

In January to May, small and medium-sized banks disposed of 394.3 billion yuan ($58.4 billion) of non-performing loans, up by 107.2 billion yuan from a year earlier, China Banking and Insurance News reported.

To strengthen the capital of small and medium-sized banks, a combined quota of 103 billion yuan of special local government bond issuances was granted to the provinces of Liaoning, Gansu and Henan and the northern port city of Dalian in the first half of 2022, according to the newspaper.

In the near future, other local special bond issuance plans will be approved, and it is expected that the overall amount of 320 billion yuan will be distributed by the end of August, the newspaper added.