Home Global Market Is Now The Time To Get Back Into FTSE Banks And Their...


Has the time come to show faith in big UK banks?

Banking is a cyclical industry. The COVID-19 pandemic is expected to lead to a large number of bad loans, and banks have had to set aside considerable amounts of money for them. Low interest rates are also straining profits. The lower the interest rate, the less a bank makes on its lending, while profit margins on the loans provided get squeezed.

These declines highlight investor sentiment in banking shares remains fragile. In fact, the sector has been one of the most volatile and worst-performing in the UK for close to two decades. Yet, many investors included banks in their portfolios until earlier this year due to their relatively high dividends.

But on March 31, the Bank of England’s Prudential Regulation Authority (PRA) requested all UK-based banks suspend plans to return money to shareholders. Thus, they won’t be paying dividends or buying back shares, at least for the time being.

Here’s a closer look at HSBC Holdings to see if it deserves your attention this fall.

HSBC Is A Global Bank

The group is one of the world’s largest financial organizations. While HSBC is headquartered in London, about three-quarters of its profits comes from corporate clients in Asia. It also has substantial operations in the UK, as well as the European Union.

A bank’s fortunes are closely tied to the economic health of its main markets. In the case of HSBC that would be China, including Hong Kong. Investing decisions should, in part, be based on developments about this important region.

HSBC’s deep roots in Hong Kong date back to the 1860s. Therefore, any critical Hon Kong-based news will affect investor sentiment in the shares. For example, in recent weeks, it has publicly supported the national security law imposed by China in Hong Kong. That stance has stirred a big debate as many wonder if the board would eventually have to choose between business in the West and operations in Asia.

Furthermore, over the past few years, the global bank has been caught in the middle of the tense U.S.-China relations, which are likely to remain volatile, especially in the final stretch of the U.S. Presidential election.

In early August, HSBC released for the half-year ended June 30. The numbers raised eyebrows as pre-tax profits fell by 65% to $4.3 billion (around £3.2 billion). The number was much steeper than analysts’ forecast. Bad loans linked to the pandemic could reach $13 billion (£9.7 billion).

Profits in the U.S. and Europe were adversely affected, while performance in Asia remained more resilient. Management will also speed up plans for cutting 35,000 jobs from its 235,000-strong workforce. The bank is in the middle of a significant restructuring of its global banking operations. It will, for example, close a third of its 200-plus branches stateside. Finally, HSBC provided a subdued outlook for the rest of the fiscal year.

At this point, we’d not rushing to buy HSBA stock. However, we’d reevaluate the fundamentals if the price goes toward, or even under 300p, a level last seen in 1995 (in U.S.-listed shares, we’d find more value below $20). The current forward P/E and P/B ratios stand at 18.48 and 0.48, respectively. A further share price decline of around 7%-10% would improve the margin of safety.

Banks have been out of favour in the UK for many years, but especially in 2020. Yet, if we were to invest in a UK-based banking stock now, we’d go for Barclays, whose investment banking arm currently provides strength. Despite the current headwinds in the sector, trading profits at its investment bank have risen in recent months.

Its results are similar to those released by Goldman Sachs (NYSE:), which recently its second-highest revenue ever. GS stock has been an outperformer among U.S.-based banks. In the coming weeks, we’ll take a closer look at Barclays and other global names in the sector. 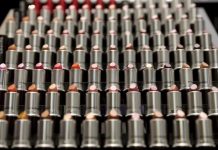