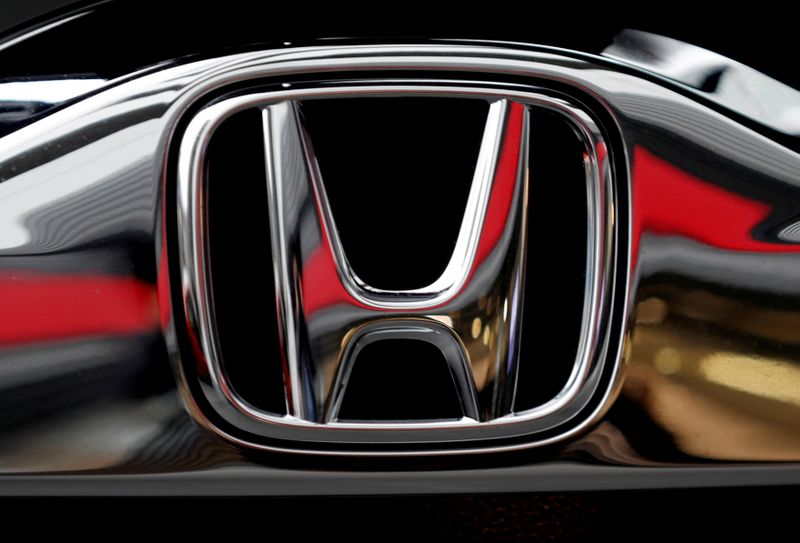 © Reuters. FILE PHOTO: Honda’s logo on its Modulo model at its showroom at its headquarters in Tokyo

The Japanese automaker said that after a joint inspection with the U.S. National Highway Traffic Safety Administration (NHTSA), it confirmed a faulty air bag inflator was to blame for the Aug. 20 crash of a 2002 Honda Civic that led to the death of a driver in Mesa, Arizona.

The defect, which leads in rare instances to air bag inflators rupturing and sending metal fragments flying, prompted the largest automotive recall in U.S. history and is tied to 15 U.S. deaths in Honda vehicles and two in Ford Motor Co (N:) vehicles since 2009. More than 290 injuries are also tied to faulty Takata inflators and at least 26 deaths worldwide.

Honda sent more than 15 mailed recall notices over eight years to registered owners of the vehicle before the crash and made other attempts to contact owners. The driver killed was not the registered owner and Honda said it was not certain if the driver was aware of the unrepaired recalls.

The most recent previous fatal confirmed U.S. incident was the June 2018 death of a driver after the crash of a 2002 Honda Civic in Buckeye, Arizona.

NHTSA says the cause of inflator explosions that can emit deadly fragments is propellant breaking down after long-term exposure to high temperature fluctuations and humidity.

In August, Honda agreed to pay $85 million to settle an investigation by most U.S. states into its use of defective Takata inflators.