NXP Semiconductors (NASDAQ:) had a rough 2020. The company—which derives nearly half of its revenue from its automotive business—saw full-year drop 3% yoy to $8.6 billion.

But that 3% dip doesn’t tell the whole story – it was an uneven year for NXP. In the second quarter, revenue decreased 18% yoy to $1.82 billion. Its auto business generated just $674 million in revenue, down 35% from the year-ago period.

The strong fourth-quarter performance does not appear to be an anomaly—NXPI is set for an outstanding 2021.

NXP is set to report its fiscal first-quarter earnings later this month. While some companies have declined to provide any guidance due to pandemic-related uncertainty, NXP was not one of them.

Unsurprisingly, the automotive segment is expected to generate a similar growth rate to the company-wide rate. The automotive industry was battered in 2020; automakers were even forced to shut down for a couple of months during the early stages of the pandemic.

But production is getting back to normal as a hot used car market has fueled (pun intended) demand for new cars. On its fourth quarter earnings call, NXP CEO Kurt Sievers said that the IHS is expecting around 85 million auto sales in 2021. That would work out to 14% yoy growth.

But Sievers believes that “the sentiment in the auto industry is possibly even above that. So maybe more 85 million to 90 million units is what the car companies think to achieve.” He added that, “A lot of that is, obviously, based on the assumption of, say, the second half of the year being fully vaccinated, society coming back to more normal lives and that actually being another push for auto production and auto sales.”

The 90 million number may be a bit optimistic, but hey, even 14% growth to 85 million is nothing to sneeze at.

NXP Has an Attractive Valuation and Dividend

NXP shares are trading at 21.6x forward earnings. While the company should easily achieve double-digit yoy growth in 2021, that is not likely to become the norm moving forward. It can’t be stated enough: NXP is facing easy comps from 2020. But mid-to-high single-digit growth is certainly realistic in 2022 and beyond. At that type of growth rate, NXP shares would have a lot of room for appreciation.

The chipmaker recently hiked its dividend payout by 50%. The forward dividend yield is still just 1.12%, but it’s something. More importantly, there’s a good chance that NXP will continue increasing its payout. We could be looking at a 2-3% yield a few years from now.

In the same announcement, NXP authorized a new $2 billion share repurchase plan. With a market cap of around $56 billion, that amount could be enough to help drive NXPI higher.

How Should You Play NXP?

A solid growth outlook, reasonable valuation, increasing dividend, and new share repurchase plan combine to make NXP an excellent long-term proposition. But is now the right time to pick up some shares?

Shares are actually riding a six-session losing streak, but NXPI is only down a little less than 6% over that period. That said, shares have been in a strong up-trend for over a year, and every pullback has been short-lived. 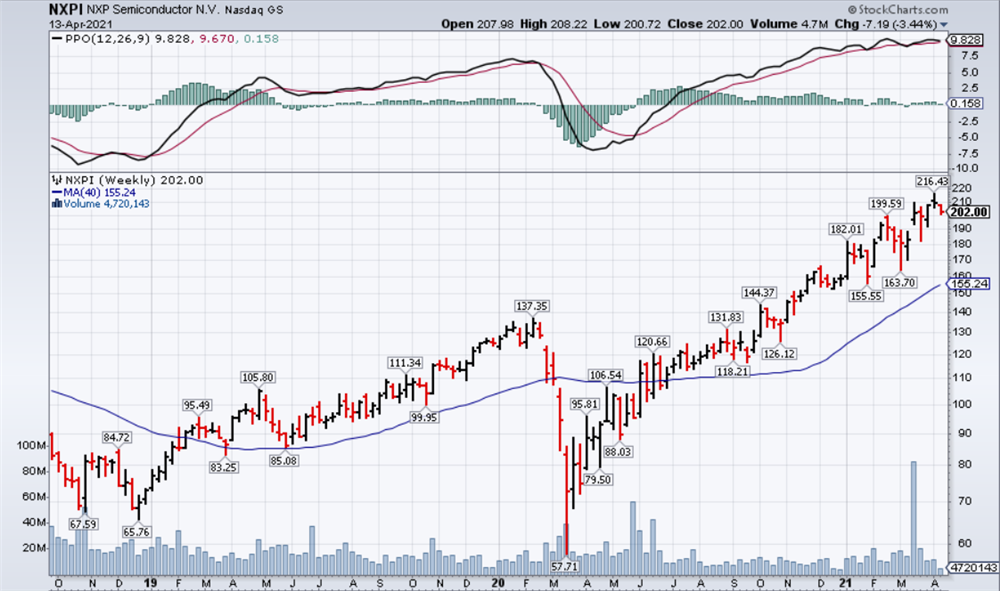 With the upcoming earnings release acting as a potential catalyst for another leg-up, the current pullback should be viewed as a buying opportunity. 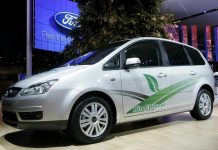