Home Stock Market Down 8% in the Past Month, is American Airlines a Buy? By... 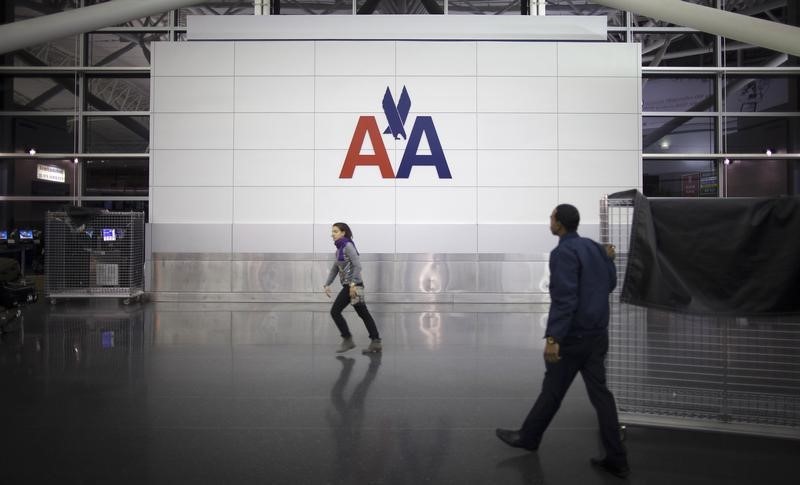 © Reuters. Down 8% in the Past Month, is American Airlines a Buy?

American Airlines’ (AAL) operations suffered a major setback amid the worst of the COVID-19 pandemic as travel almost came to a halt. However, with people gradually resuming air travel, the stock recovered to hit its 52-week high last month. While the stock has declined 8% over the past month, due to concerns over AAL’s weak financials, can it regain its rally soon? Let’s find out.With hubs across several cities, including Chicago, Dallas, Los Angeles and Miami, American Airlines Group , Inc. (NASDAQ:) has witnessed a partial recovery in its business thanks to an accelerated mass vaccination drive, which has restored people’s willingness to travel. As a result, AAL’s stock hit its $26.09 52-week high on March 18. However, the stock has retreated 5.2% over the past month and is currently trading 19.1% below its high on concerns over its weak financials in its last-reported quarter.

Furthermore, the company’s alliance with JetBlue Airways Corporation (NASDAQ:) is under regulatory scrutiny, and the airline is also facing stiff competition from its peers. Investors’ confidence in AAL was further swayed by an emergency declared by one of its Boeing (NYSE:) 737 MAX aircraft bound for New Jersey’s Newark Liberty International Airport in March. The flight’s captain declared an emergency and shut down one engine in response to a possible mechanical issue.

Here are the factors that we think could influence AAL’s performance in the coming months: