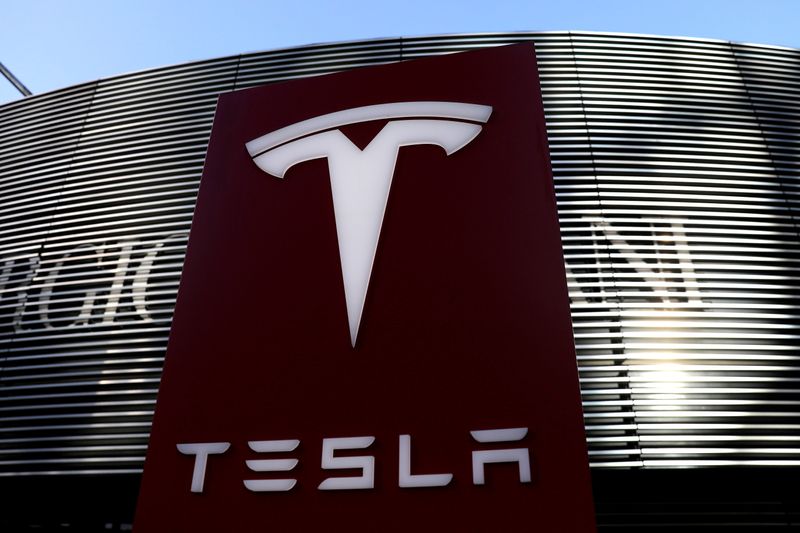 © Reuters. FILE PHOTO: Logo of the electric vehicle maker Tesla is seen near a shopping complex in Beijing

(Reuters) – Shares of Tesla (NASDAQ:) Inc fell more than 4% on Tuesday as its first-quarter earnings results failed to alleviate investor concerns about its lofty evaluation, as well as a prolonged global chip shortage and rising competition.

The electric car maker’s quarterly revenue made it barely past estimates, relying mostly on sales of environmental credits sold to other automakers and the liquidation of 10% of its $1.5 billion bitcoin investment. (Graphic of Tesla profits) https://tmsnrt.rs/2Pp7vEo

“Tesla’s performance was OK but it wasn’t a Elon Musk slam dunk…I don’t think people are into Tesla because of bitcoin,” said Eric Schiffer, CEO of private equity Patriarch Organization, which has an underweight stance on Tesla.

“Investors are rejecting the stock short term,” he said, saying Tesla’s performance has fallen short of catching up its “astronomical valuation.”

Musk, the company’s CEO, did earn options payouts worth $11 billion based on targets reached by the company.

Shares of the automaker closed down 4.5% at $704.74, down more than 20% from its intraday high reached in January. They had surged more than 700% last year, making Tesla the world’s most valuable automaker.

Tesla posted record deliveries in the first quarter despite a global chip shortage that has slammed auto sector rivals. But analysts said a prolonged shortage of chips and batteries could threaten to dampen its growth prospect.

“A global shortage of computer chips is expected to limit production from all manufacturers in the immediate future, and Tesla won’t be exempt,” said Nicholas Hyett, equity analyst at Hargreaves Lansdown (LON:).

“Given the ongoing importance of its production ramp up, it may even be more heavily impacted.”

Regarding supply chain instability, Tesla Chief Financial Officer Zachary Kirkhorn said on Monday, “We believe that this landscape is improving, but it does remain difficult, and it’s an evolving situation.”

Roth Capital Partners said it holds a neutral rating on Tesla, saying that Tesla’s large premium “seems to rest on the specious assumption that the hundreds of EVs slated for launch by ’25 will all be flops.”

“Tesla does not operate in a vacuum,” it said in a report.

Roche gets U.S. approval for flu drug for children aged 5... 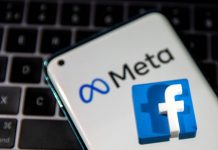 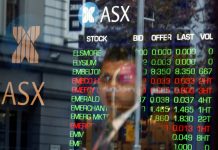 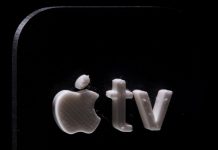