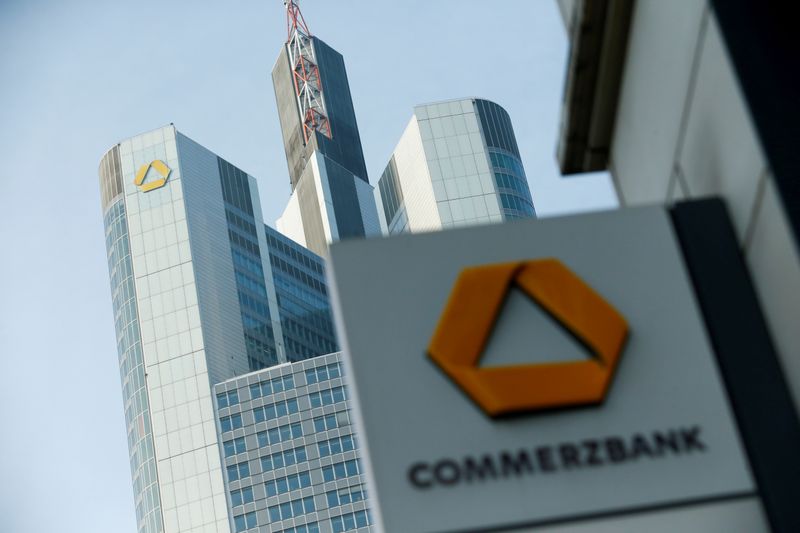 © Reuters. FILE PHOTO: A Commerzbank logo is pictured before the bank’s annual news conference in Frankfurt

FRANKFURT (Reuters) – Commerzbank (DE:) is nearing a deal with labour representatives on its restructuring plan that includes 10,000 job cuts globally, people close to the matter said.

Management of Germany’s second-biggest listed lender and the bank’s works council have already reached an agreement in principle, they said, adding that the deal could be officially signed by the end of the week.

Spokespeople for Commerzbank and the works council declined to comment.

Commerzbank Chief Executive Manfred Knof said earlier this year that the turnaround plan would do without forced redundancies in Germany. The restructuring is instead focussing on early retirement programs.

As part of its restructuring, Commerzbank is shuttering 350 of its 800 branches in Germany and retreating from several countries.

Commerzbank hopes the revamp will revive its fortunes, as it struggles to restore profits after management reshuffles and strategy flip-flops. It has never fully recovered after a state bailout during the last financial crisis more than a decade ago and lost 2.9 billion euros ($3.5 billion) in 2020.