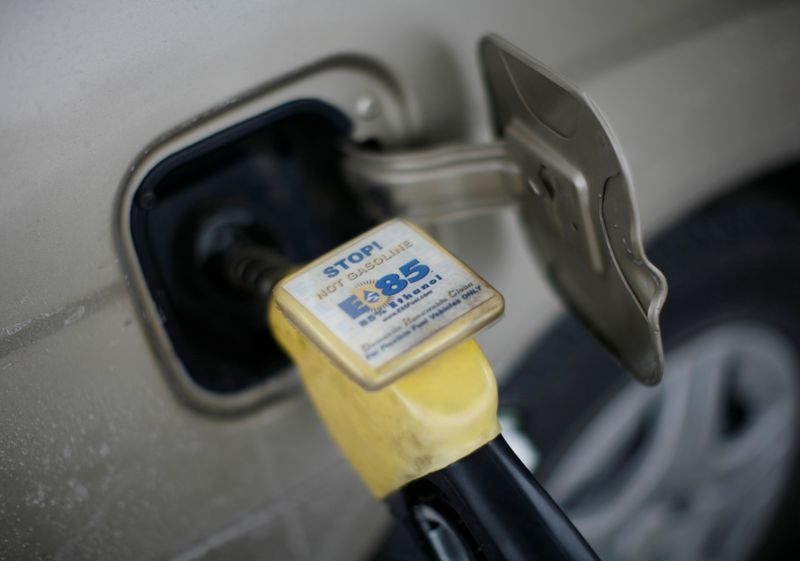 © Reuters. FILE PHOTO: E85 ethanol fuel is shown being pumped into a vehicle at a gas station selling alternative fuels in the town of Nevada, Iowa, December 6, 2007. REUTERS/Jason Reed/File Photo

NEW YORK (Reuters) – The largest U.S. fuel pipeline system, Colonial Pipeline, shut down on Friday after a cyber attack, prompting worries about a spike in gasoline and diesel prices ahead of the peak summer driving season if the outage does not end soon.

WHAT IS COLONIAL PIPELINE?

The 5,500-mile system runs between Houston, Texas and Linden, New Jersey, and transports more that 2.5 million barrels of fuel every day. That’s about 45% of all fuel consumed on the heavily populated U.S. East Coast.

HAVE GAS PRICES AT THE PUMP RISEN?

Prices at the pump are not expected to rise unless the outage lasts more than three days, experts say. But if it ends up being a long-term shutdown the impact could be significant given the size of the line.

“The challenges brought on by the Colonial Pipeline shutdown would only develop after a few days of outage,” said Patrick DeHaan, head of petroleum analysis at GasBuddy.

He warned drivers against panic buying. “What could make a temporary pipeline shutdown much worse is if Americans wrongly fear shortages,” he said.

The American Automobile Association said “The shutdown can have a large impact if it is prolonged.”

WHICH AREAS ARE MOST VULNERABLE?

DeHaan said that if pump prices rise, the first impacts would likely be felt in the southeastern United States, a region that relies heavily on the pipeline network for its supply.

In the past, prolonged shutdowns of the Colonial system have caused gas prices to surge there. In Georgia, for example, gasoline rose by more than 30 cents a gallon in the wake of a leak in 2016 that required the line to shut for more than 10 days.

The rest of the populous U.S. East Coast has access to foreign supplies – typically shipped from Europe – in the event of supply disruptions. But relying on those can often lead to pump price increases too, since foreign shipments are typically more expensive than domestic supplies.

WILL AIR TRAVEL BE IMPACTED?

The line also supplies jet fuel to major airports across the United States and a prolonged outage could lead to disruptions in air traffic, if supply disruptions become severe.

The pipeline also provides fuel for the U.S. military across bases in the area it covers.

The Plantation Pipeline, operated by Kinder Morgan Inc (NYSE:), is smaller but serves some of the same regions that Colonial does.

Plantation is capable of delivering about 720,000 bpd of gasoline, jet fuel, diesel and biodiesel through its approximately 3,180-mile pipeline network, which originates in Louisiana and ends in the Washington, D.C. area.

Transporting fuel from the Gulf Coast refinery hub by ship can be prohibitively expensive, because domestic shipments must be made on tankers that are built and operated by U.S. firms and crews under the Jones Act.