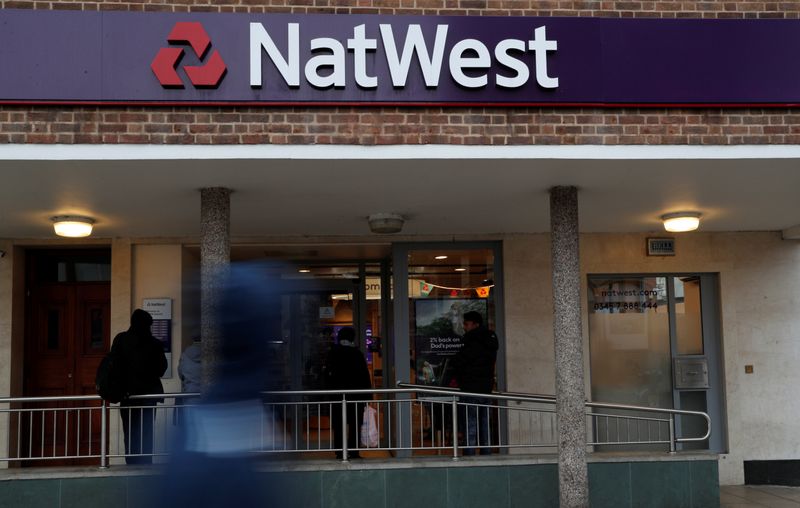 © Reuters. FILE PHOTO: The logo of NatWest Bank, part of the Royal Bank of Scotland group is seen outside a branch in Enfield, London Britain November 15, 2017. REUTERS/John Sibley

LONDON (Reuters) -The British government has completed the sale of 1.1 billion pounds ($1.55 billion) in shares of NatWest, lowering its stake in the lender it bailed out over a decade ago to below 55%.

UK Government Investments, the state-owned company that controls the shares, said the shares were priced at 190 pence, 4% below Monday’s closing price of 197 pence.

The sale of around 580 million shares reduces the government’s ownership from 60% previously.

NatWest has remained majority state-owned following a 45 billion-pound ($63.65 billion) bailout in 2008 during the financial crisis.

The government’s last sale of stock to outside investors was in 2018, although NatWest directly bought back 1.1 billion pound of shares last month to reduce the state’s holding from 62%.