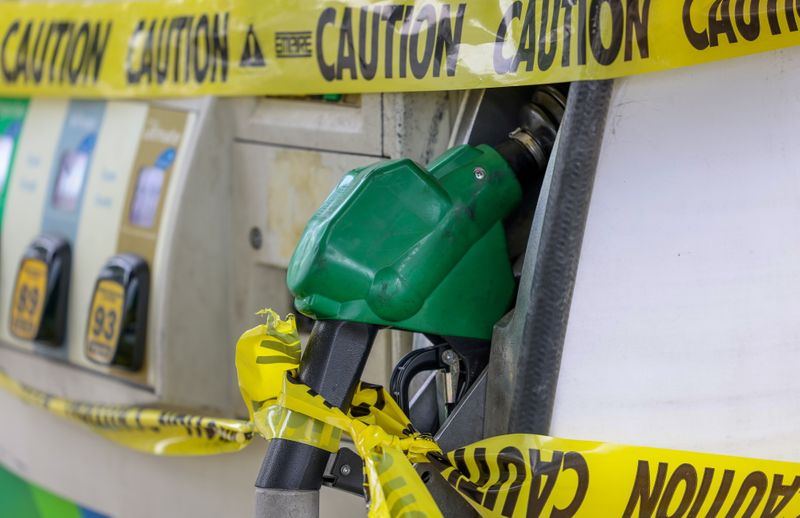 © Reuters. FILE PHOTO: Gas pumps are roped off with a tape indicating a lack of gasoline at a gas station in Washington, U.S., May 14, 2021. REUTERS/Evelyn Hockstein/File Photo

The disruption was caused by efforts by the company to harden its system as it restores service following the cyberattack, Colonial said, and not the result of a reinfection of its network. It did not say when the issue would be fixed, but said it was still delivering products scheduled by shippers.

Last week’s closure of the 5,500-mile (8,900-km) system was the most disruptive cyberattack on record, preventing millions of barrels of gasoline, diesel and jet fuel from flowing to the East Coast from the Gulf Coast.

Colonial has been using its shipper nomination system to schedule batches of fuel deliveries to bring flows back to normal. A prolonged network outage could prevent shippers from adding to or making changes to deliveries – which would hamper delivery across the U.S. southeast and east coasts just after the line reopened.

After the ransomware attack forced Colonial to shut its entire network, thousands of gas stations across the U.S. southeast ran out of fuel. Motorists fearing prolonged shortages raced to fill up their cars.

Colonial’s shipping nomination system is operated by a third party, privately-held Transport4, or T4, which handles similar logistics for other pipeline companies. T4 could not say when the issue would be fixed, and did not comment on whether its systems for other pipelines were affected.

As of Tuesday, more than 10,600 filling stations were still without fuel, according to tracking firm GasBuddy, down from more than 16,000 at the peak last week.

In North Carolina, one of the hardest-hit states, gas outages dropped below 50% on Tuesday, GasBuddy said. South Carolina, Virginia and Georgia all also had outages below 50%.

About 70% of gas stations in Washington, D.C., were still without fuel, down from around 90% over the weekend.

“The number of stations without gasoline is likely to drop under 10,000 today,” said GasBuddy’s Patrick De Haan on Tuesday. 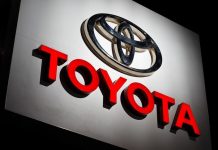