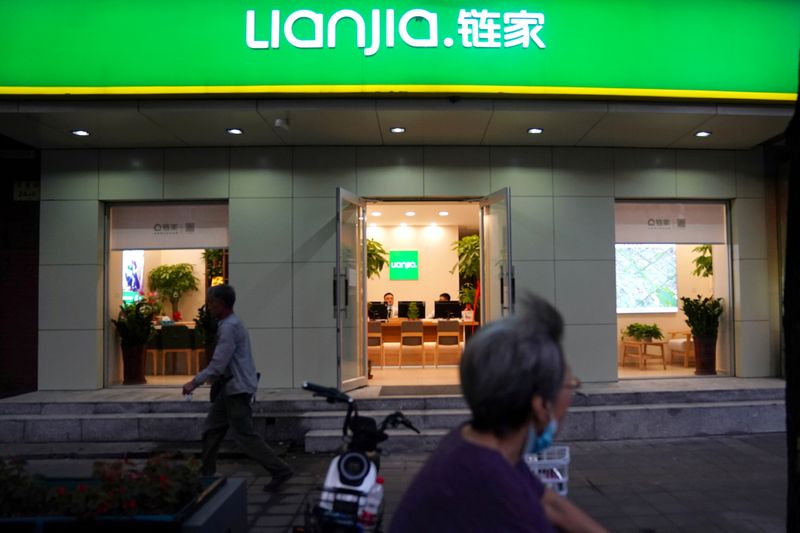 The investigation is the latest into China’s big so-called “platform” companies that match sellers and buyers, several of which have been accused by regulators of exploiting consumers.

KE Holdings, which operates housing platforms Lianjia and Beike in China, was warned last month by the State Administration for Market Regulation (SAMR), along with dozens of internet companies, against any abuse of market dominance and told to conduct self-inspections.

SAMR has been formally investigating in recent weeks whether KE Holdings forces real estate developers to list housing information only on its platforms, including Lianjia and Beike, a tactic known as “choose one from two”, the people said, declining to be named because the information is not public.

The investigation has not been publicly announced. It is not known when it will wrapped up or what it could entail for KE Holdings.

KE’s New York-listed shares fell as much as nearly 10% in pre-market trading on Tuesday, after the Reuters report.

Last month, SAMR hit Alibaba (NYSE:) Group with a record $2.8 billion fine after finding that the e-commerce giant had been preventing its merchants from using other online e-commerce platforms since 2015.

Tencent itself is in the firing line, with SAMR preparing to levy a fine of at least $1.5 billion on the gaming and social media behemoth, Reuters reported in April. SAMR also announced an investigation last month into Tencent-backed food delivery giant Meituan.

SAMR has stationed inspectors since late April in 17 companies that operate platforms, including KE Holdings, to enhance the efficiency of antitrust inspections, one of the sources said.

It grew into one of China’s largest bricks-and-mortar property agents and later set up Beike as a separate online housing platform matching buyers and sellers, renters and landlords, as well as providing home finance.

It listed in New York in August, and after sharp gains last year the shares are down 15% so far in 2021. Still, it has a market value of about $62 billion.

On top of the antitrust probe, KE Holdings faces uncertainty following the death last week of its 50-year-old founder and chairman, Zuo Hui, due to an illness. Co-founder Peng Yongdong was appointed chairman this week.