One of the best performing sectors in the equity market is the Philadelphia Semiconductor Index know as the (). Typically the sector is very prone to boom and bust cycles as the surge in demand leads to overbuilding of foundries and flood of supply. Eventually the sector may face its normal historical cycle but for now there are a lot of reasons to believe that it remains in a massive secular bull run and the SOXX could run to 800 or even possibly 1000 before topping out.

The World Runs on Chips

The first wave of the information revolution was dominated by computers, both industrial and ultimately personal and the demand for chips ebbed and flowed with the replacement cycle of the personal computer. But that era is long gone. The personal computer is but one of many everyday items – and not even the most important one at that – that requires chips. In the modern global economy chips are everywhere, from the smartphone we use to transact our whole life to the cars we drive.

Autos Are in Backlog for 1 Year

The auto sector in particular is suffering great shortages of chips at the moment which some experts believe will cost the industry more $110 billion in revenue this year. Automakers rely on chips for maintenance and operation of almost every major function of the automobile so cars simply cannot be built until they have enough supply of chips.

That trend will only accelerate with the advent of EV vehicles which use no moving parts but rely heavily on chips. An EV vehicle is essentially a computer on wheels and just now coming into mass production and popular adoption. Some analysts forecast that there could be as many as 50M EVs on the road by 2025 which will require an almost insatiable demand for chips.

Crypto Mining Has Cornered the Market for GPUs

Last but not least the massive run in crypto assets has triggered an unprecedented run on chips as demand for miners continues to remain relentless. Even if the majority of new coins and tokens move to the far less intensive proof of stake rather proof of work protocol the overall market for crypto which is already at $4 trillion will continue to expand as the industry moves from pure digital tokens to a fully decentralized financial transaction system that will run on millions perhaps even billions of nodes that will need to use very powerful chips to calculate and verify all the flow.

In short, the shortage in chips is likely to be with us for quite some time and that makes the SOXX index one of the most bulletproof investment trends in the market. Any profit taking pullback in the stock should be viewed as a buying opportunity as chips become as much of a necessity to our life as bread and water. 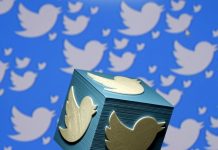