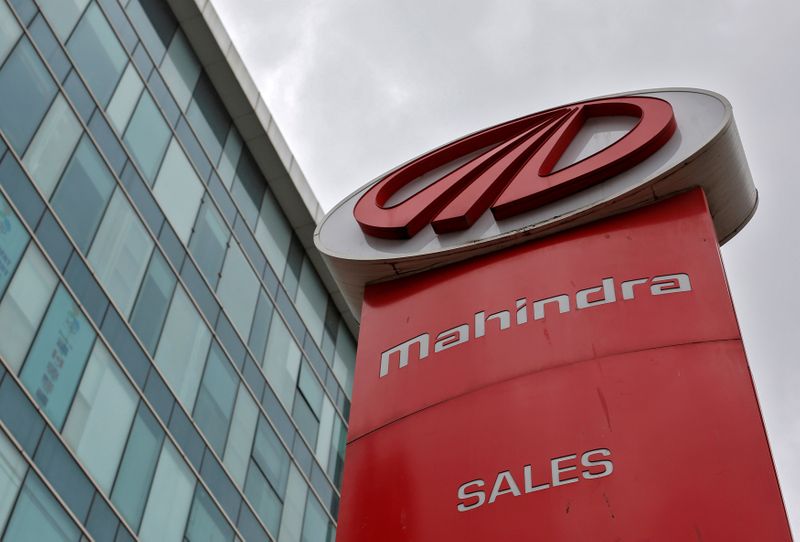 © Reuters. FILE PHOTO: A Mahindra and Mahindra sign at one of the carmaker’s showrooms in Mumbai, India, August 30, 2016. REUTERS/Danish Siddiqui/File Photo

NEW DELHI (Reuters) -India’s Mahindra & Mahindra expects it will take at least another two years for car sales to return to their pre-pandemic peaks, but a slow pace of vaccinations could hurt recovery prospects, its chief told Reuters in an interview.

“Getting back to full normal is going to depend on vaccinations … (else) we will always have the fear of the next wave coming in and disrupting things again,” Shah

The world’s second-most populous country has recorded 28 million cases so far, second only to the United States. Infections have surged in recent weeks, and in May India recorded its highest monthly COVID-19 death toll since the pandemic began.

Yet, only about 3% of India’s 1.3 billion people have been fully vaccinated, the lowest rate among the 10 countries with the most cases.

Car sales had started to pick up in the January-March period but a second, more deadly wave of infections forced lockdowns again. This time consumer sentiment has taken a hit and discretionary spending is likely to take longer to recover.

The virus is also spreading to rural India, which was relatively protected during the first wave and had offset the low demand automakers saw in urban centres.

Mahindra, which has 6% share of India’s passenger vehicles market and is the country’s biggest tractor maker, saw robust growth in its farm sector revenues last year but sales in the hinterlands have dipped in May, Shah said.

This time, urban and rural buyers are holding back until the crisis passes.

“This year we have seen our customers also worry about putting up money and buying anything, saying what happens in case someone (in the family) gets COVID,” he said.

Shah expects the pace of vaccinations in India to pick up in June but said if that does not happen it would be concerning.

“It is about reaching a certain point where we don’t have to get into lockdowns once more,” he said. “If that happens, we will continue to be in this phase of two steps ahead and one step back.”