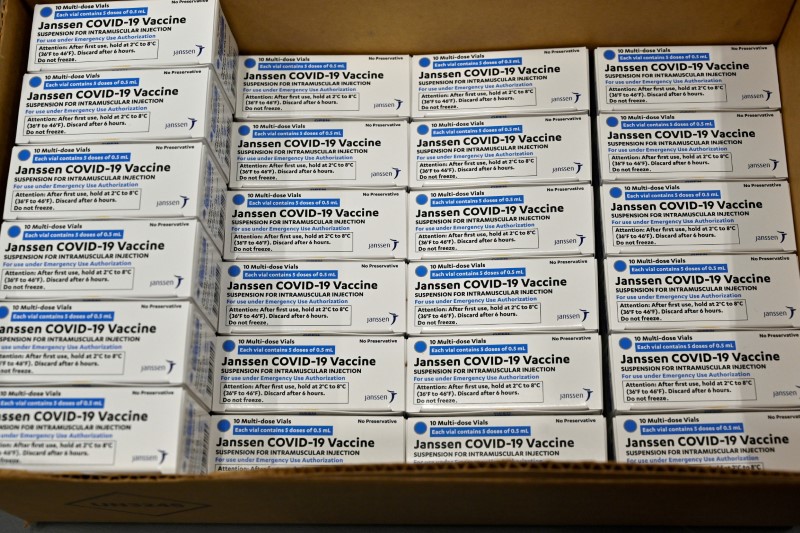 (Reuters) -The U.S. Food & Drug Administration on Friday said Johnson & Johnson (NYSE:) must throw away millions of doses of its COVID-19 vaccine that were manufactured at a problem-plagued Baltimore factory but also cleared millions for use.

Without disclosing or confirming the number of vaccine doses, the FDA said in a news release that it had authorized two batches of the vaccine for use, that several other batches were not suitable for use and that others were being evaluated.

The agency said it was not yet ready to authorize Emergent BioSolutions Inc’s plant for manufacturing the J&J vaccine. Production of J&J’s vaccine at the Baltimore site was halted by U.S. authorities in April and J&J was put in charge of manufacturing at the plant.

One source familiar with the matter told Reuters that the J&J doses are expected to be exported to other countries. The doses are already in vials and ready for use, the other source said.

Safety concerns about the J&J vaccine paired with flagging U.S. demand for vaccinations in general have slowed rollout of the one-shot vaccine to a crawl. Close to half of the 21 million doses produced for the United States sit unused.

The FDA said its decision allows for the J&J doses to be used in the United States or exported. The agency said the drugmaker and Emergent must agree that the FDA can share relevant information about the manufacturing of the doses with regulators where the vaccine is shipped.

J&J, in a statement, confirmed that the FDA authorized the two batches, but did not acknowledge the doses regulators decided should be tossed.

“Today’s decisions represent progress in our continued efforts to make a difference in this pandemic on a global scale,” Kathy Wengel, J&J’s chief global supply chain officer, said in the statement.

Last month, Emergent Chief Executive Robert Kramer said it was his understanding that there are 100 million doses of J&J’s vaccine ready for FDA review and that regulators had begun the review process.

The April halt followed the discovery that ingredients from AstraZeneca (NASDAQ:)’s COVID-19 vaccine, also being produced at the plant at the time, contaminated a batch of J&J’s vaccine. AstraZeneca’s shot is no longer being made there.

An FDA inspection also turned up a long list of sanitary problems and bad manufacturing practices at the Emergent plant.

Separately, Europe’s drug regulator said on Friday that batches of J&J COVID-19 vaccine made for the region around the time the contamination issues were revealed at the Baltimore plant would, as a precaution, not be used.

The European Medicines Agency did not say how many shots were affected, but Reuters has reported it involves millions of doses, making it harder for J&J to meet a target of delivering 55 million to Europe by end of June.

Later on Friday, Canada’s drug regulator said it would not release J&J’s shipment of 300,000 COVID-19 vaccine doses, which were made at the Baltimore plant.

Health Canada said it was planning an onsite inspection this summer and that it would not accept any product or ingredients made at the plant until the inspection was complete.