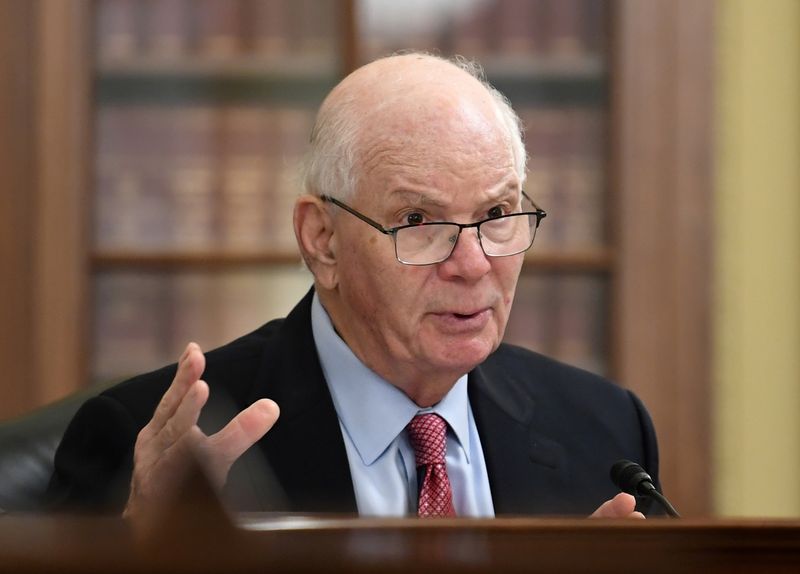 WASHINGTON (Reuters) – Five Democrats in the U.S. Senate introduced a bill on Thursday that would allow some existing nuclear power plants to receive a tax credit equal to an incentive already given to operators of wind power turbines.

The bill, led by Senator Ben Cardin, provides a production tax credit of $15 per megawatt hour for existing nuclear plant owners or operators in states such as New York, Illinois, and Pennsylvania which have deregulated power markets. Cardin’s state, Maryland, has two reactors at Exelon Corp (NASDAQ:)’s Calvert Cliffs plant.

Nuclear reactors are virtually emissions-free, but have been struggling to compete with power generation fueled by , and wind and solar power. The United States has 93 reactors, down from 104 in 2012, as rising security and safety costs put additional pressures on the business.

The bill, if passed by the Senate and House, could help President Joe Biden, who has also supported a production tax credit for nuclear plants, in his goal to put the country on a path to decarbonize the power grid by 2035.

“America needs to reduce our reliance of fossil fuels, so it is imperative that we keep these reactors operating safely while we continue to work on demand reduction, renewables, energy storage, and transmission grid resiliency,” Cardin said in a release. Senator Joe Manchin, a moderate Democrat, also introduced the legislation.

The credit would be phased out for any market revenues above $25 per megawatt hour or after 10 years.

Exelon has said it will close two nuclear power plants in Illinois in coming months if the state does not come through with subsidies. It was not certain whether the U.S. bill could help prevent the closures.

Tesla sued by former employees over ‘mass layoff’ By Reuters