Home Stock Market Former Toshiba board chairman had support rate of 43.7% at AGM By... 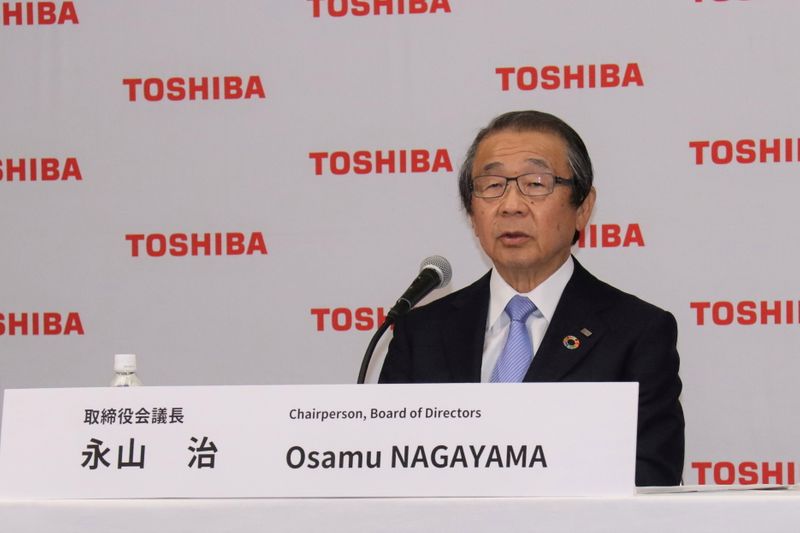 TOKYO (Reuters) – Toshiba (OTC:) Corp’s former board chairman lost his bid for re-election last week with a support rate of 43.74%, according to a breakdown of the vote that marked a watershed moment for corporate governance in Japan.

Some 56% of the votes were lodged against his reappointment.

Critics argued that Osamu Nagayama had to step down to take responsibility for the board’s resistance to address allegations that Toshiba and the trade ministry colluded to block foreign shareholders from gaining influence at last year’s annual general meeting.

But his supporters say his failure to win re-election will only set back Toshiba further, depriving the industrial conglomerate, which has lurched from crisis to crisis since an accounting scandal in 2015, of an experienced leadership.

CEO Satoshi Tsunakawa was appointed as interim chairman. Tsunakawa retook the CEO position in April after Toshiba’s previous chief executive left, but Tsunakawa has said he does not plan to stay for too long.