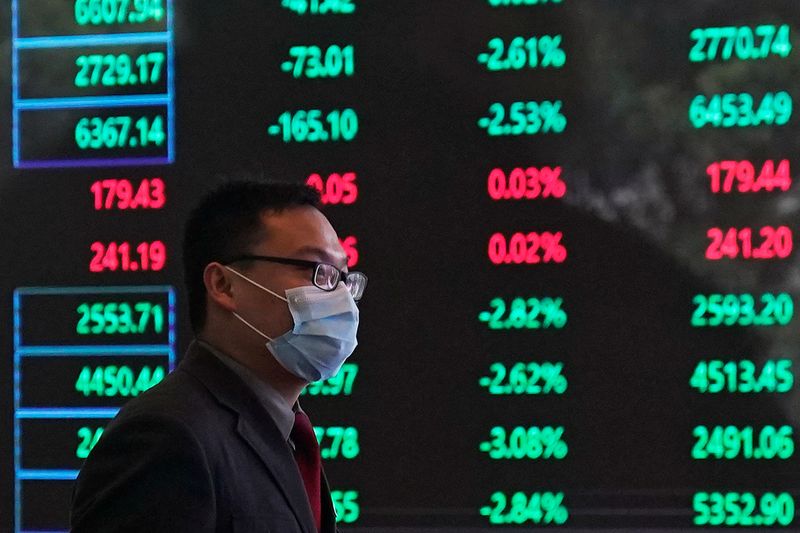 © Reuters. FILE PHOTO: A man wearing a protective mask is seen inside the Shanghai Stock Exchange building, as the country is hit by a new coronavirus outbreak, at the Pudong financial district in Shanghai, China February 28, 2020. REUTERS/Aly Song

Trade in Asia faced a weaker lead from Wall Street after investors there considered the impact the increasing number global cases of Delta could have on global economic growth.

Australia’s benchmark index, the S&P/ASX200 is off 0.25%, having reached a record on Monday after Square Inc (NYSE:) announced a $29 billion offer for buy-now-pay-later firm Afterpay Ltd.

The Reserve Bank of Australia is expected to leave rates unchanged at 0.10% when it meets later in the day, but reverse the July bond tapering decision due to the lock downs in Sydney and Brisbane caused by the expanding Delta variant.

In China, the spread of the Delta variant from the mainland’s coast to its inland cities prompting authorities to implement strict counter epidemic measures to bring the outbreak under control

“Millions have been locked down in China following the worst outbreak since the COVID crisis began and given risks to supply chains this might have more of an effect on the global economy,” said Elizabeth Tian, Citigroup (NYSE:)’s equity derivative solutions director.

Adding to the negative sentiment is ongoing investor concern about increasing Chinese official regulation in sectors ranging from technology, fintech and education.

“It’s a challenging time for Asian equities with the uncertainty that has been created by the regulatory measures,” Zhikai Chen, head of Asian equities at BNP Paribas (OTC:) Asset Management, said.

“There was some hand-holding from the China Securities Regulatory Commission (CSRC) last week to limit the spread of the contagion and counter the popular thinking of which sector is next. That worked for a few days but then we saw the flows start to reverse again.

“From a global investors point of view, they are looking at the choice of a fairly robust earnings season in U.S. and Europe to some extent and there’s a question market when look at Asia and think ‘do we need to be there’ right now…there is a short term recalibration of risk appetite.”

Despite the Chinese tech sector woes, electric vehicle maker Li Auto launched its dual primary listing in Hong Kong on Tuesday that will raise up to $1.9 billion, according to its exchange filings.

The benchmark was down 5.5 basis points at 1.1839% in afternoon trading, extending a pattern of declines playing out since the spring.

In U.S. trade, oil was down between 3.3% and 3.6%, which Commonwealth Bank analysts said was the result of the Delta variant being seen “as a headwind on still recovering oil demand.” 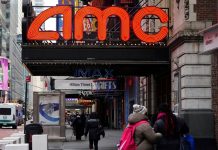 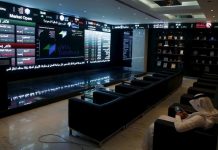