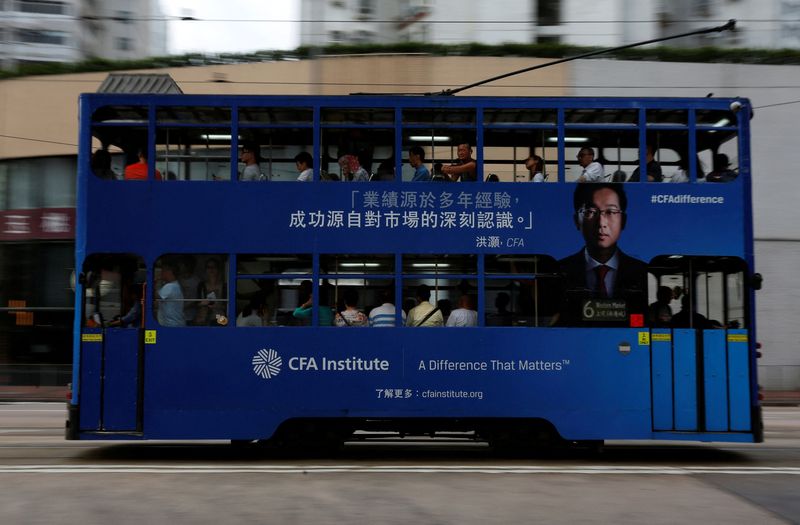 SHANGHAI (Reuters) – The Chinese social media accounts of an outspoken Hong Kong-based market strategist were suspended after a series of downbeat commentaries and a slump in mainland equities to two-year lows on COVID-19 lockdowns and global political tensions.

All content on the WeChat account of Hong Hao, who is head of research at Bocom International Holdings, has been blocked since late Saturday. His account has also been suspended, WeChat said, citing unspecified violations of its rules.

Representatives of WeChat and Weibo did not respond imediately to emailed requests for comment on Sunday.

Negative comments by market analysts and commentators in China are often censored and have come under increased scrutiny as the country’s economy and financial markets encounter stiff headwinds in a year in which Xi Jinping is widely expected to secure a third term as president.

Hong did not respond to a Reuters text message seeking comment on the suspensions and a Bocom International representative did not respond immediately to an emailed request for comment.

China’s stock market is among the world’s worst performers this year, with the blue-chip CSI300 Index tumbling to two-year lows and the dropping below the 3,000 mark last week.

Hong had predicted in March that the Shanghai Composite Index might trade below 3,000 points in a worst-case scenario.

The index dropped below that level on April 25, when Beijing again began mass testing residents for COVID-19, though the index rebounded to 3,047 points on Friday after China vowed to stabilise the economy and financial markets.

Hong had also attributed a rout in U.S.-listed Chinese companies to China’s crackdown on technology companies rather than U.S. audit rules, warning of potential capital flight owing to plunging confidence in Chinese stocks.