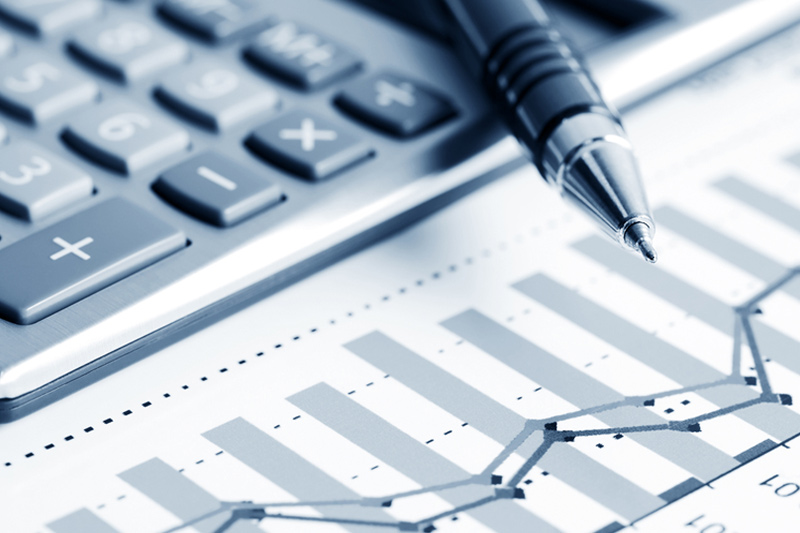 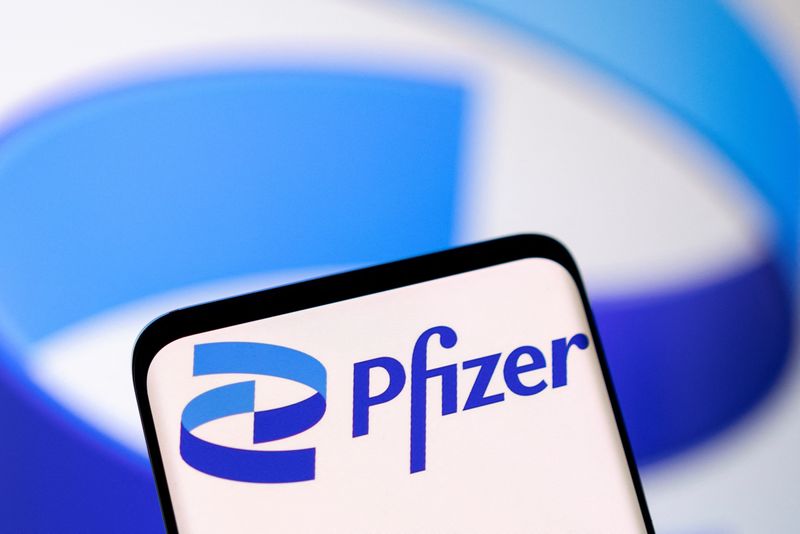 © Reuters. Pfizer logo is seen in this illustration taken, May 1, 2022. REUTERS/Dado Ruvic/Illustration

By Manas Mishra and Michael Erman

(Reuters) – Pfizer Inc (NYSE:) maintained sales forecasts for its COVID products on Tuesday after a series of hikes to the sales outlook for its COVID-19 vaccine last year, in a sign that dizzying growth has slowed.

Several countries across the globe have eased pandemic-linked restrictions and relaxed rules related to masking and quarantines, even as cases rise in some regions.

Diminished concern over COVID among both patients and governments could generate uncertainty over Pfizer’s ability to exceed sales forecasts for its vaccine and pill, Citi analyst Andrew Baum said in a research note.

The company said it expects $22 billion in sales of its COVID pill Paxlovid this year, compared with analysts’ average expectation of $26.1 billion.

Pfizer had previously said its forecast for $22 billion in Paxlovid sales only represents a fraction of the 120 million courses the company is able to manufacture this year.

The company’s reluctance to lift that forecast could suggest a dearth of new sales contracts for the pill during the first quarter.

In prepared remarks for the company’s conference call with investors, Chief Executive Albert Bourla said the company had seen a significant pickup in the drug’s use in the United States recently, and that some countries experiencing recent outbreaks had asked for more treatment courses.

“We expect the recent trends to expand access, as well as inquiries received from governments as the virus mutates and causes spikes in infections around the world, to result in increased orders in the coming months,” Bourla said.

The drugmaker also reiterated its forecast of $32 billion in sales from the vaccine it developed with BioNTech. It had raised the forecast for the vaccine’s sales every quarter in 2021.

Pfizer expects to submit data supporting authorization of a three-dose regimen of the vaccine for children under the age of 5 to U.S. regulators by early June. The U.S. Food and Drug Administration has already scheduled meetings later in June to consider authorization in that age group.

The company is also working on a potential update of its vaccine to combat the Omicron variant of the coronavirus, which it hopes will help provide broad coverage in the fall.

Pfizer earned $1.67 per share excluding items in the first quarter, according to Refinitiv, beating estimates for $1.47 per share.

Sales of the COVID-19 vaccine were higher than analysts had forecast in the quarter as they had been booked earlier, according to SVB Securities analyst Mani Foroohar. Foroohar said that the front loading of sales was “a clear signal of slowing in the vaccine end market.”

Pfizer’s shares were down about 1.2% in premarket trading.

Should Investors Raise A Glass To Boston Beer Company?

The 3 Main Risks For Meta Platforms 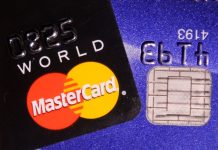 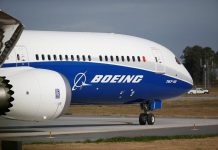