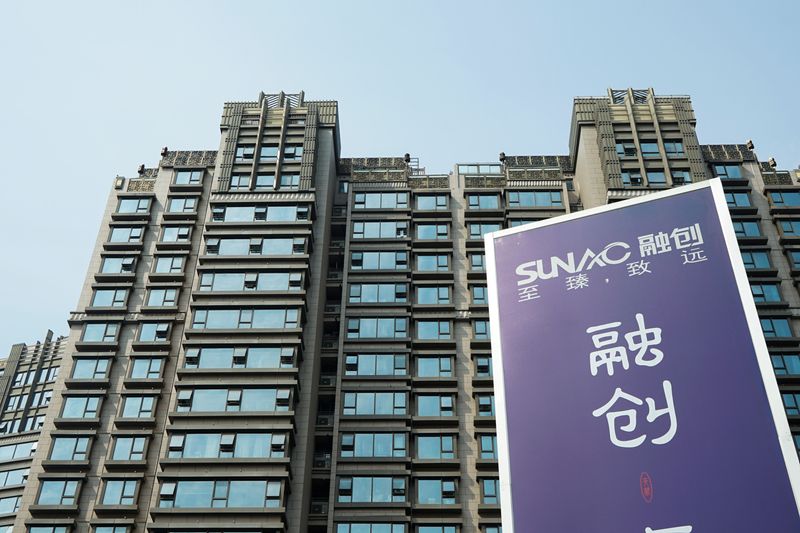 By Scott Murdoch and Clare Jim

HONG KONG (Reuters) -Developer Sunac China missed the deadline for coupon payments on a $742 million offshore bond and said on Thursday it doesn’t expect to make payments coming due on other bonds, adding to a wave of defaults in China’s debt-laden property sector.

A source close to the company, the nation’s third-largest property developer by sales, said Sunac is considering a restructuring of its offshore debt to extend payments. It is also talking to state-owned entities about strategic investments in the firm.

The company said in a filing to the Hong Kong stock exchange that it has hired Houlihan Lokey (NYSE:) as a financial advisor and Sidley Austin as a legal adviser to explore solutions to ease current liquidity constraints.

With $7.7 billion in dollar bonds, Sunac is the fourth-largest issuer among Chinese developers, according to data from Duration Finance.

China’s property sector has been hit by series of defaults on offshore debt obligations, highlighted by China Evergrande Group and Kaisa Group, as well as bond exchanges, with Zhongliang Holdings the latest firm to extend payments.

Sunac’s debt payment problem reflects a higher likelihood that some other major developers could miss their upcoming obligations or may need to do bond exchanges, analysts and developers said.

The debt crisis has spilled over into the country’s vast property market, with new home sales and construction slumping as financing gets tougher and potential home buyers shy away, fearing some projects may be stalled.

“The group’s contracted sales have continued to decline significantly, while access to new financing has become increasingly difficult with more liquidity issues occurring among certain property developers,” Sunac said in the filing.

In a separate press statement, Sunac said its aggregated sales in March and April fell 65% from a year ago due to COVID-19 outbreaks in various cities, and its refinancing and asset disposal plans did not materialize after a series of rating downgrades earlier this year.

The firm confirmed it missed the Wednesday deadline for a $29.5 million interest payment on the October 2023 bond that was required to be repaid last month, and it does not expect it will pay three other coupons due last month totalling $75.3 million before the 30-day grace periods expire, or pay other senior notes when they become due.

Sunac said missing the October 2023 payment meant bondholders could seek the immediate repayment of the principal and interest but it had not received any “acceleration notices” from those holders.

It apologised to its creditors in the filing and asked them to give it the time “to overcome challenges” while it makes efforts to enhance credit profile, including accelerating sales, disposing of assets, seeking debt extension, and introducing strategic investors.

Sunac’s Hong Kong-listed shares have been suspended since April 1 pending the release of its 2021 financial statements. Its unit Sunac Services fell over 7% on Thursday.

Maryland governor bans use of TikTok on state devices 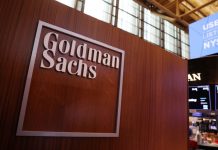