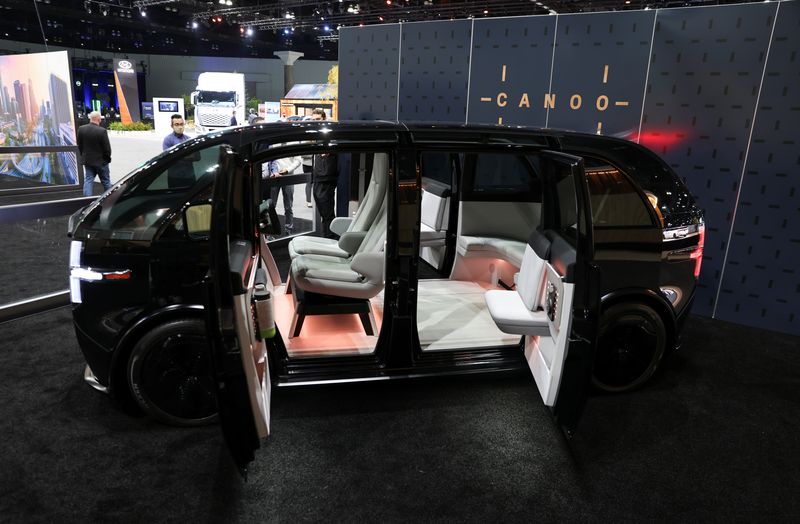 (This May 10 story corrects first paragraph to say Canoo had access to $600 million in capital, not that it was trying to raise more money)

(Reuters) – Electric vehicle company Canoo Inc on Tuesday warned investors it might not be able to meet its financial obligations, saying it had access to $600 million in funding but added it had “substantial doubt” about its going concern.

The warning came as the Texas-based company reported first-quarter earnings, including a $125.4 million net loss. Shares dropped 13% in after-hours trading, following a 5% drop during the day.

“We have been clear about our philosophy of raising capital judiciously and will continue with this disciplined approach,” Canoo Chairman and Chief Executive Officer Tony Aquila said in a statement.

Aquila said Canoo had more than $600 million in accessible capital to fund the start of vehicle production and “significant experience raising capital in challenging markets.”

Canoo said it had built 39 of its Gamma vans as of March 31 and had received 17,500 pre-orders with a projected value of $750 million. Executives during a Tuesday earnings call said the company was currently producing up to 12 vehicles per week, adding that it was focused on fleet customers.

The company in April won a contract with the U.S. space agency to build vehicles that will transport astronauts to the launch pad for NASA’s upcoming Artemis mission to the moon.