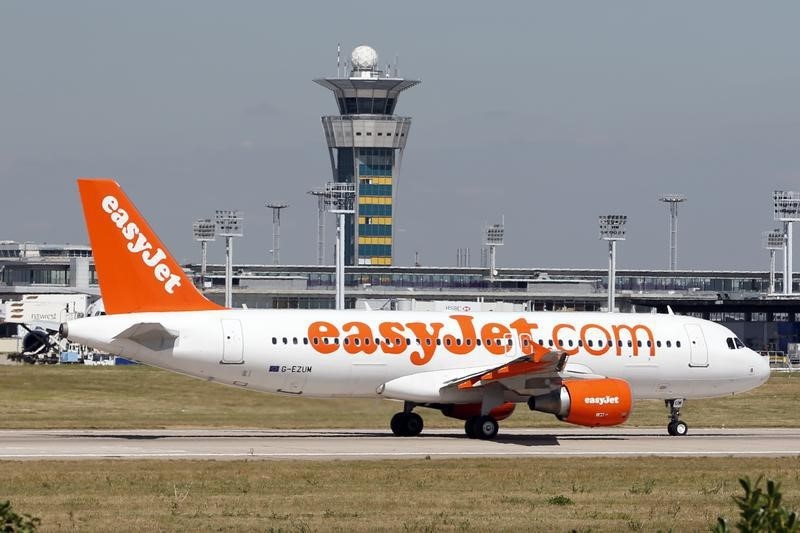 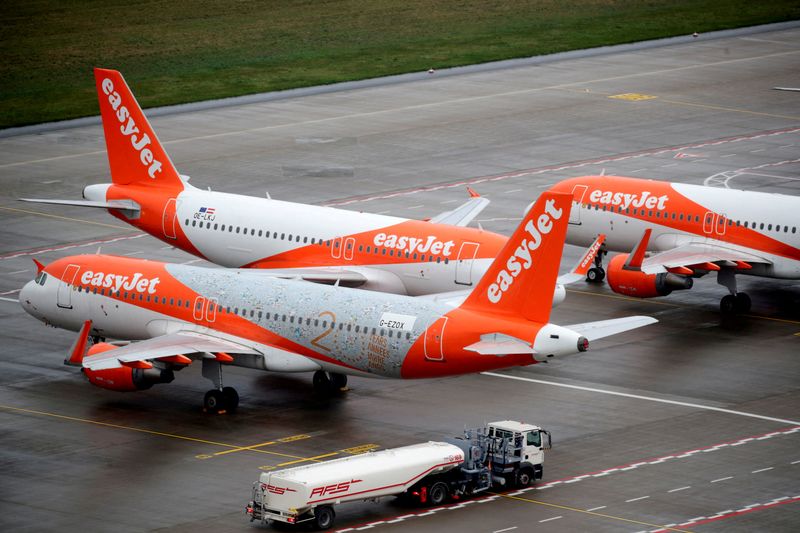 © Reuters. FILE PHOTO: EasyJet airplanes are parked on the tarmac during the official opening of the new Berlin-Brandenburg Airport (BER) “Willy Brandt”, in Schoenefeld near Berlin, Germany October 31, 2020. REUTERS/Hannibal Hanschke

LONDON (Reuters) – British low-cost carrier easyJet (LON:) said demand was strong, with bookings in the last 10 weeks consistently above pre-pandemic levels, as it reported a first-half headline loss of 545 million pounds ($674 million), in line with its guidance.

The airline said on Thursday it would fly 90% of its 2019 capacity in the third quarter, and had capacity on sale of around 97% of pre-pandemic schedule in the fourth quarter, with sold ticket yields for the quarter currently 15% above 2019. 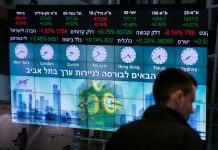