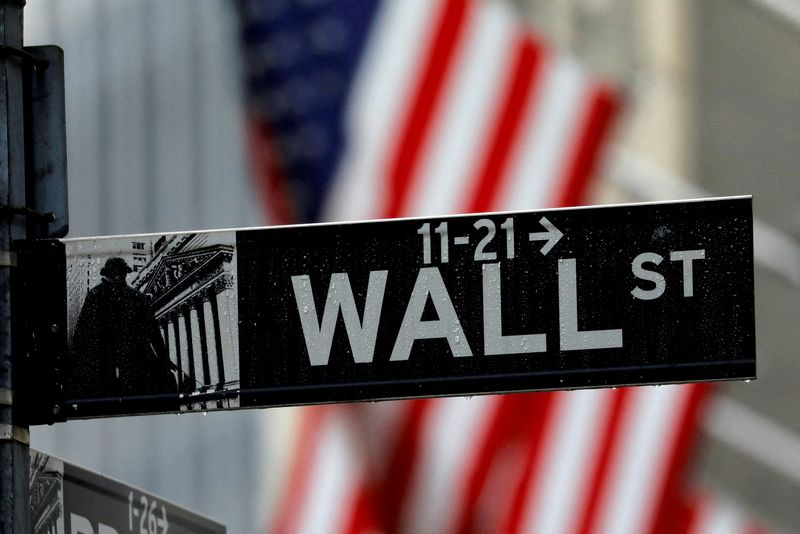 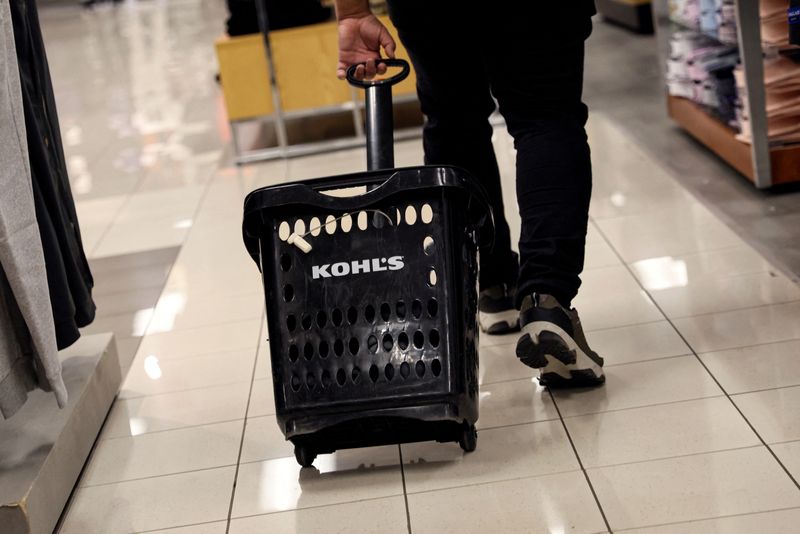 NEW YORK (Reuters) – Walmart (NYSE:), Target and Kohl’s were among major retailers that reported earnings this week that missed Wall Street expectations by the widest margin in at least five years, underscoring the wallop four-decade-high inflation is bringing to U.S. shoppers’ wallets and retailers’ bottom lines.

Among 145 retailers that have reported first-quarter earnings so far, 127 mentioned inflation and 138 flagged supply chain issues, according to Refinitiv data.

Chief Executive Michelle Gass blamed higher freight and wage costs and lower clothing demand for adjusted earnings of 11 cents per share that was 59 cents short of analysts’ estimates, a gap of nearly 85%.

Walmart Inc, the nation’s largest retailer, posted a quarterly profit that fell 25%, marking its first miss in five quarters. The gap of 12.3% between Wall Street’s expectations and Walmart’s earnings per share figure was its widest since at least 2017.

For rival Target Corp (NYSE:), which saw its profits halve, that margin between expectation and reality was 29%, which was also its biggest in at least five years, according to Refinitiv.

“This is a little bit of a retail apocalypse. It was Walmart (on Tuesday) and everybody thought it was a one-off,” said Dennis Dick, a trader at Las Vegas-based Bright Trading LLC.

“Now that Target missed earnings (by) a lot more than Walmart even did, they’re scared that the consumer is not as strong as everybody thinks.”

While Wall Street brokerages were expecting profits to be pressured by soaring fuel costs, analysts said they were caught off guard by the rapid retrenchment among consumers and shifts toward buying lower-margin basics instead of more profitable general merchandise.

The extent of inventory buildup and heavy discounting by retailers was also a bit of a shock, they said.

“The biggest surprise was the inventory markdowns and rollbacks (in prices). I don’t think any analyst was expecting that,” CFRA analyst Arun Sundaram told Reuters.

Target’s inventories were up 43% in the first quarter, as unsold televisions and bulky kitchen appliances piled up, while Walmart’s rose 32% in the quarter.

In some ways, the retailers are victims of their own success after figuring out how to keep stores relatively well stocked in the midst of supply snarls, truck driver shortages and on-and-off lockdowns intended to curb the spread of COVID-19.

Sundaram said Target’s wider earnings miss was due partly to a greater emphasis on general merchandise sales compared to Walmart, which focuses more on selling groceries and other essentials.

Wall Street is also “angry” about the lack of warning from Walmart and Target, which gave upbeat outlooks for 2022 a little over two months ago, said Jane Hali, CEO of investment research firm Jane Hali & Associates.

The financial impacts of the war in Ukraine and prolonged COVID lockdowns in China likely played a part in the stark turnaround in companies’ predictions for the year, she added.

“Wall Street is panicked,” Hali said. “Target had an investment day not too long ago, where they made no mention of the issues they highlighted on Wednesday. So I can understand the Street being angry about that.”