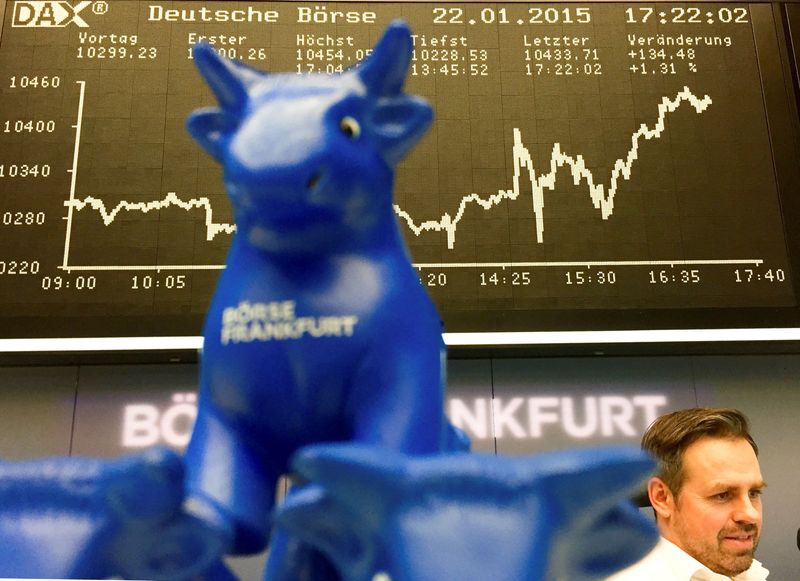 Investing.com – European stock markets are expected to open higher Monday, with risk sentiment on the rise despite worries about inflation and rising interest rates weighing heavily on the global economic outlook.

The expected gains in Europe come after the regional indices closed higher Friday, helped by China easing a key interest rate, after a volatile and largely negative week.

However, a great deal of uncertainty remains given concerns about inflationary pressures, exacerbated by the ongoing war in Ukraine, the associated tightening by central banks, and in the Federal Reserve in particular, and slowing economic growth.

figures published on Friday showed a higher than expected jump indicating prices will remain elevated in the short term future.

This could be reflected in Germany’s for May, due for release later in the session, which is expected to show a decline to 91.4, from 91.8 in April, as soaring input costs weigh on sentiment.

Also of interest will be the World Economic Forum which kicks off in Davos this week after a two-year pandemic-enforced hiatus, with Russia’s invasion of Ukraine expected to feature heavily.

In the corporate sector, more U.S. retail earnings are due this week and are likely to influence sentiment after disappointing results from major retailers last week rattled markets.

BMW (ETR:) could also be in the spotlight after the carmaker’s production chief warned Monday, in an interview with Reuters, that an embargo on Russian gas would bring the industry to a standstill.

Oil prices edged higher Monday, boosted by the expectation of renewed demand as Shanghai prepares to reopen at the beginning of June after a two-month lockdown and ahead of the start of the main U.S. driving season.

Lockdowns in China, and the commercial hub Shanghai, in particular, to combat a prolonged COVID outbreak have hammered industrial output and thus fuel demand from the world’s top crude importer.

Additionally, U.S. fuel demand should soon pick up, with the U.S. peak driving season traditionally beginning on Memorial Day weekend at the end of May and ending on Labour Day in September.