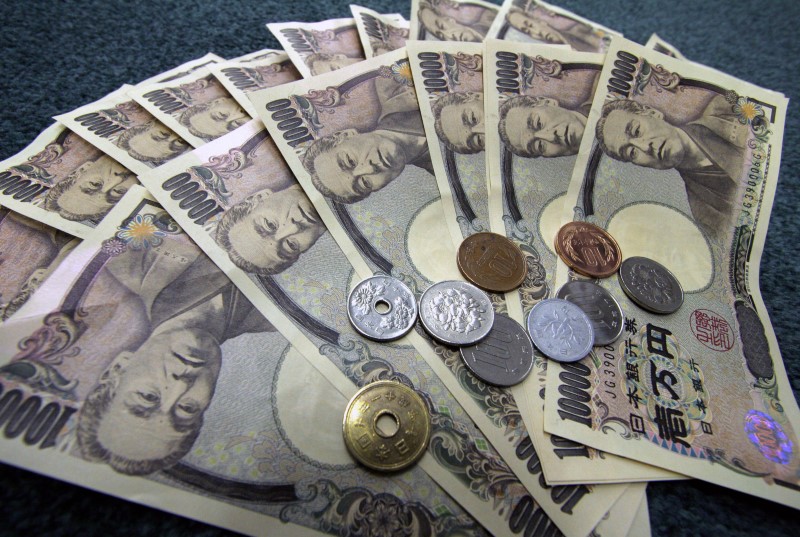 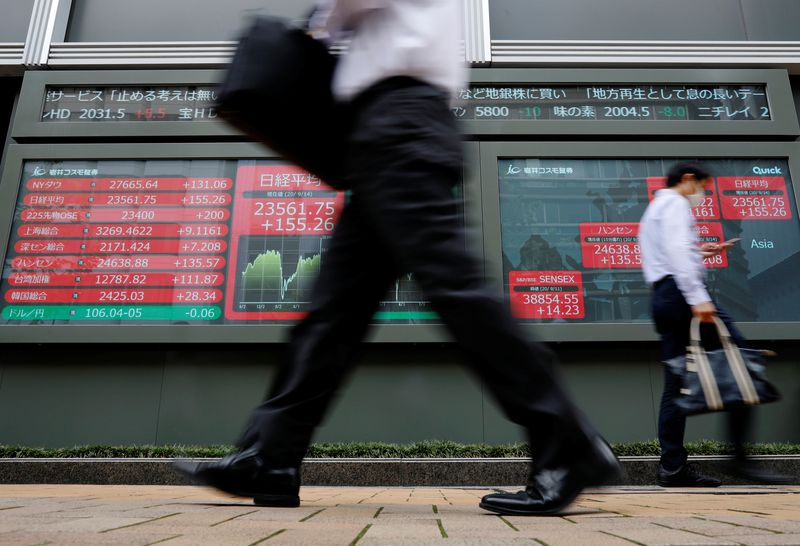 SYDNEY (Reuters) – Asian stocks followed Wall Street higher on Monday while the dollar was pinned near five-week lows as investors wagered on an eventual slowdown in U.S. monetary tightening, albeit after sharp hikes in June and July.

Helping to mellow the mood was news that Shanghai authorities will cancel many conditions for businesses to resume work from Wednesday, easing a city-wide lockdown that began two months ago.

The Memorial Day holiday in the United States could make for a thin session ahead of the end of the month and MSCI’s broadest index of Asia-Pacific shares outside Japan edged up 0.3% to a three-week high.

Investors have seized on hints the Federal Reserve, once it has hiked aggressively over the next two months, might then slow its tightening.

“Hopes, naïve or otherwise, for a pause in the Fed tightening cycle as early as September continue to resonate,” said Ray Attrill, head of FX strategy at NAB. “Money markets have reduced their pricing for additional Fed rate rises by end-2022 from 193bps to 180bps.”

“This though still implies rate rises at every remaining Fed meeting of 2022, including 50bps hikes in both June and July and at least 25bps at each of the remaining three.”

Just the chance of a less hawkish Fed was enough to see Treasuries rebound, with 10-year note yields just above a six-week low at 2.74%. That is down from a peak of 3.203% on May 9.

The steadier market mood has seen the safe-haven dollar and yen decline, while the euro was boosted by hawkish comments from European Central Bank (ECB) officials who have been flagging a rate hike as early as July.

“A sharp slowing in the U.S. economy – if not matched by similar weakness in Europe – could result in a meaningful euro rebound, though the reverse is also true if U.S. data hold up better than expected,” Pandl added. “We see downside risks to U.S. growth, and have recommended put options to express this view.”

That underscores the importance of this week’s major U.S. data which includes the ISM survey of manufacturing on Wednesday and the May payrolls report on Friday.

Payrolls are forecast to rise a solid 320,000, though that would be down from April, with unemployment at 3.5%.

The pullback in the dollar helped gold off its recent lows and the metal was trading at $1,850 an ounce. [GOL/]

Oil prices have been supported by expectations for stronger demand as the U.S. driving season gets under way, and as European nations negotiate over whether to impose an outright ban on Russian crude oil.

The EU failed on Sunday to agree on an embargo of Russian oil, but diplomats but will still try to make progress ahead of a Monday-Tuesday summit.