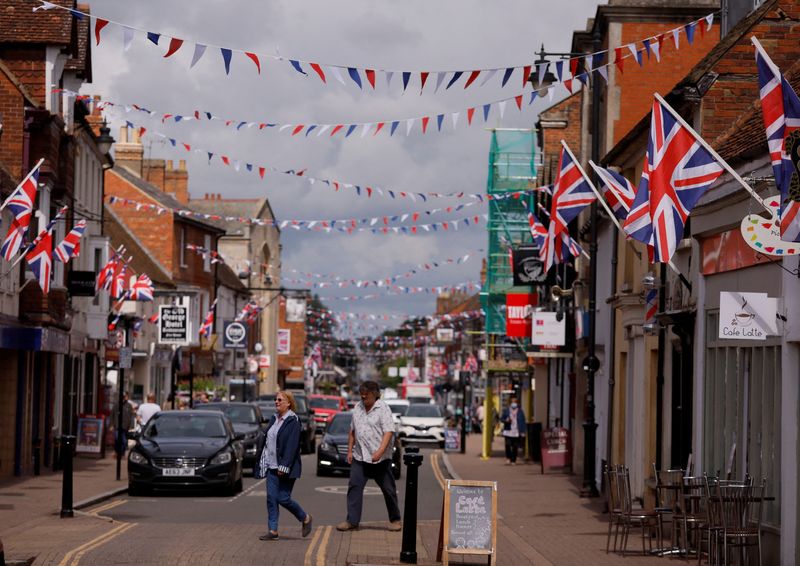 © Reuters. FILE PHOTO: Stony Stratford is decked out in Union Jack flags and bunting ahead of planned celebrations for the Queen’s Platinum Jubilee, in Britain May 24, 2022. REUTERS/Andrew Couldridge/File Photo

LONDON (Reuters) – British supermarket groups are set to enjoy a mini-boost to trade as Britons put aside their cost of living worries for a few days and prepare to celebrate Queen Elizabeth’s Platinum Jubilee with street parties and barbecues.

With two public holidays on Thursday June 2 and Friday June 3 going into the weekend and decent weather forecast, demand for alcohol, soft drinks, barbecue food and ingredients for desserts is expected to soar.

Market researcher Kantar said that when Britain celebrated the queen’s Diamond Jubilee in 2012, UK supermarkets saw a 10% boost in sales in the week leading up to the festivities.

“We should never underestimate the appetite for a party, especially a royal one,” said Fraser McKevitt, Kantar’s head of retail and consumer insight.

Steve Rowe, outgoing chief executive of Marks & Spencer (OTC:), said last week its customer research had shown that at least 40% of the UK population planned to have a street party.

“These things tend to come together very quickly at the last minute … We’re looking forward to a good celebration with her majesty,” he told reporters.

Sainsbury’s, Britain’s No. 2 supermarket group, said it expected at least a 30% increase in sales of store cupboard staples such as flour, eggs and icing sugar, in the week leading up to the Jubilee bank holiday weekend versus a usual week.

Upmarket supermarket Waitrose said on Friday that sales of savoury pastry were up 14% in the past week year on year, while rose wine sales were up 18%.

It said sales of Dubonnet, the queen’s favourite tipple, were up 50% compared to last year.

But the boost to trade from Jubilee spending is expected to be short lived.

Britons are facing a squeeze on their disposable income, with inflation hitting a 40-year peak of 9% in April and projected to rise further. 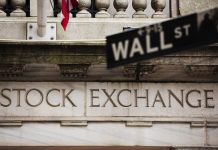 Novartis to spin off generics arm Sandoz and list it in...