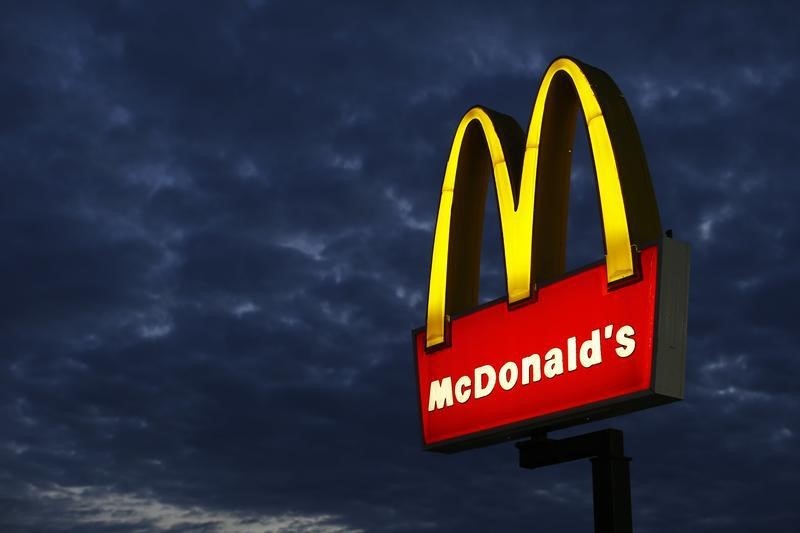 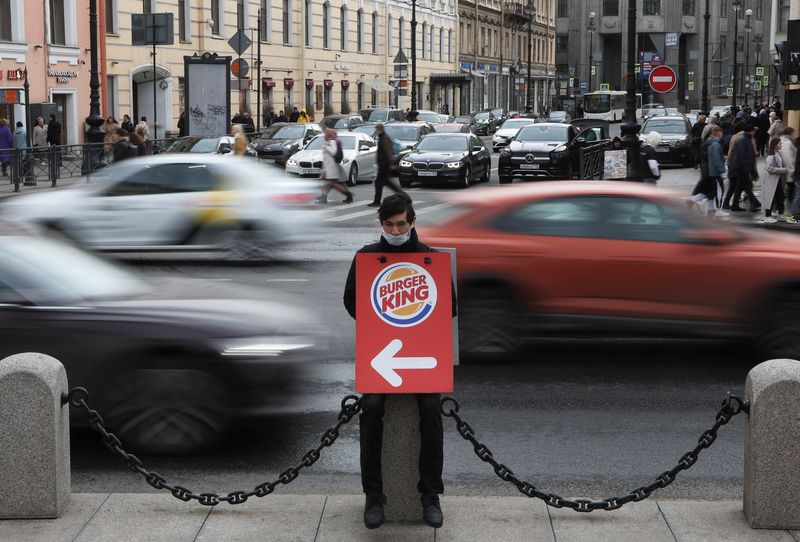 NEW YORK (Reuters) – For at least a decade, Burger King’s formula for European expansion has relied on a joint venture partnership, including a master franchisee, to open and operate new locations.

But now the fast-food chain has a whopper of a problem in Russia. It hasn’t been able to exit its partnership or close its roughly 800 franchised locations following Russia’s February invasion of Ukraine.

Burger King halted corporate support for its Russia locations in March. Parent company Restaurant Brands International (NYSE:) Inc (RBI), which was formed in 2014 when Burger King merged with Tim Hortons, said on March 17 that it was trying to sell its stake in the joint venture.

However, current sanctions by western countries against Russia sharply limit the pool of possible buyers, one person familiar with the matter said.

Reuters could not determine the status of any negotiations.

Part of the problem, lawyers said this week, is the complexity of its joint-venture-style master franchise agreement, which allows Burger King to profit from sales of Whopper burgers without the risk of using its own capital.

Unlike rival McDonald’s Corp (NYSE:), which owns the vast majority of its Russia locations, and which plans to sell them to an existing franchisee , Burger King’s Toronto-based parent doesn’t own any of its own restaurants in Russia.

And Alexander Kolobov, Burger King’s master franchisee in Russia, owns 30% of the joint venture, Kolobov told Reuters in an email in March.

RBI blamed Kolobov for refusing to shut restaurants, according to Shear’s letter. But Kolobov told Reuters at the time that he had never had full operational control and lacked the authority to close restaurants without agreement from all the joint venture partners.

A spokesperson for Kolobov said via email that he declined to comment on whether he was in talks to buy RBI’s stake of the joint venture. RBI referred Reuters back to Shear’s letter. VTB could not be reached for comment.

A franchisor “can’t physically or legally stop a franchisee from operating if they wish to do so” in the current situation, said Lee Plave, a franchise attorney at Plave Koch PLC in Virginia. “The legal remedies that are available take time, and even when you pursue them, you’d still end up in a Russian courtroom to enforce an order, which is an unlikely prospect at this time.”

Leaving Russia also potentially exposes companies to a new law advancing there that would allow the government to seize local assets of western companies that exit – adding pressure on companies to remain.

Burger King’s parent and other U.S.-based companies will soon be subject to a new rule from the Biden Administration – taking effect June 7 – that limits their ability to provide “management consulting services” to anyone in Russia.

Some lawyers believe the rule could be read to cover services that brands normally provide to franchisees, including sourcing products, management techniques, inventory controls, site selection, operations manuals and even just taking a call seeking advice.

“It puts a lot of pressure on these companies,” said Erik Wulff, a partner at DLA Piper in Washington, who specializes in franchise law for global consumer product, clothing and footwear companies.

“What will likely happen in a number of these situations is that the U.S. partner will be bought out,” Wulff said. “At that point, it’s a distressed sale.”

EQT Corp. ‘Potential to be Fully Realized in 2023’

Airbus CEO says in discussion with Qatar on A350 dispute By...