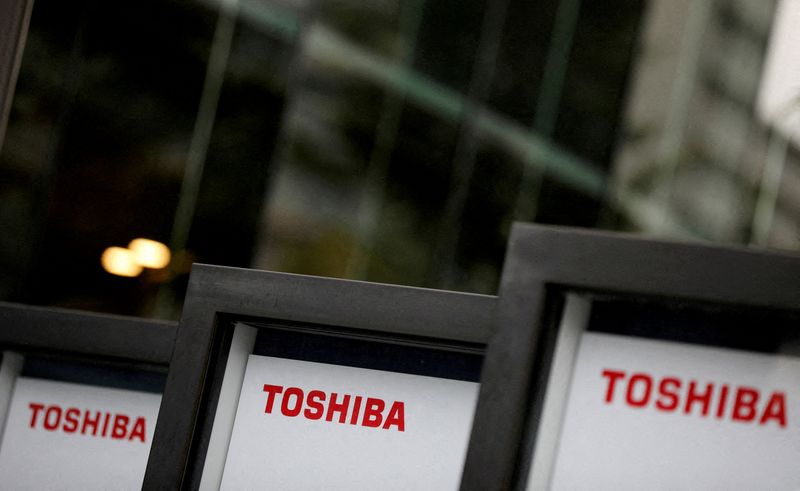 TOKYO (Reuters) -Tension at Japan’s Toshiba (OTC:) Corp erupted into a public row on Monday as two of its external directors traded criticism over governance and the nomination of hedge fund executives to the conglomerate’s board.

The rift is the latest in a long-running crisis that has seen management and shareholders locked in a bitter dispute over the future of the company, once one of Japan Inc’s prized assets. It could work to undermine investor confidence in the board, just ahead of an annual general meeting.

On Monday external director Mariko Watahiki took aim at her colleague Raymond Zage saying he raised concern about governance at Toshiba when he broke with the board’s stance in March and came out in favour of a shareholder proposal that the company solicit buyout offers from private equity.

Watahiki’s comments were initially made in an annual business report released on Monday, and echoed by another external director, Katsunori Hashimoto. Zage’s move “damaged shareholder confidence in the board and caused concerns about corporate governance”, they were quoted as saying in the report.

Zage defended his actions in a statement to Reuters, saying the criticisms were misleading and that his actions had received a positive shareholder response.

Zage said in the statement to Reuters: “(It is) inaccurate, incomplete and misleading representing a failure on the part of the authors to consider the substantial positive shareholder feedback as well as the content of substantial discussions at the board on this matter both before and after the public statement.”

Zage was previously a managing director at Farallon and remains an advisor.

“Having two directors linked to Farallon makes the board appear skewed to an activist shareholder, a specific shareholder,” Watahiki told reporters on Monday.

She also said she believed that contracts with Elliott, Farallon failed to ensure an avoidance of conflicts of interest while fully securing independence and confidentiality.

Caught up in accounting and governance crises since 2015, Toshiba has had tussles with its activist shareholder base, some of whom want it taken private.

Toshiba said last week that it had received eight initial proposals to take it private and two proposals for capital alliances that would leave it publicly listed.