This week, Chinese EV maker Nio (NYSE:) a loss of 1.8 billion yuan for the first quarter of 2022, down 62.6% from the year-ago period. However, the Chinese electric automaker said revenue rose 24.2% year-over-year to 9.9 billion yuan, driven by stronger electric vehicle (EV) sales.

The company reported a new record high of 25,768 EV deliveries in the first three months of the year, up 28.5% from the same period last year. Nio said it generated 9.2 billion yuan from vehicle sales in the quarter, up 24.8% year-over-year, though vehicle margin fell to 18.1% from 21.2% in the year-ago quarter on higher costs.

The Shanghai-based electric vehicle maker said R&D expenses surged by 156.6% from the year-ago period to 1.8 billion yuan due to higher staff and incremental design and development costs for its latest offerings.

Nio reported a 68.3% jump in selling, general and administrative expenses to 2 billion yuan. The EV company reported a basic and diluted net loss per share of 1.12 yuan, down from 3.14 yuan in the year-ago quarter and compared to 1.36 yuan per share in the fourth quarter of last year.

While supply chain constraints and new waves of coronavirus infections weighed on China-based operations, Nio said it registered strong demand for its complementary products, and saw an all-time high of order inflows in May, said the company’s founder, chairman, and CEO William Li.

Nio’s CFO Steven Wei said the company’s listing in Singapore last month reinforced its position in the global financial markets and added that the carmaker has been cooperating with its supply chain partners to ramp up production capacity and vehicle delivery.

“While making decisive investments in new products, technologies and businesses, we strive to continuously optimize our cost structure, improve operating efficiency and create long-term value for our shareholders.”

Has Delisting Been De-risked?

The EV company recently listed its shares in Singapore, marking the third stock exchange with live trading after listing on the New York Stock Exchange and Hong Kong.

The carmaker’s decision to make a third listing comes after the U.S. Securities and Exchange Commission (SEC) warned that numerous U.S.-listed Chinese companies face a delisting risk from U.S. exchanges.

During his reign, former U.S. President Donald Trump signed a bill that asked foreign companies that want to list their shares in the U.S. to adhere to stricter auditing standards, and those who fail to comply could be delisted.

The bill raised concerns among many major U.S.-listed Chinese companies, including Alibaba (NYSE:), and JD.com (NASDAQ:), among others, which then opted for secondary listings to reduce the delisting risks.

Most of those companies carried out their secondary listings in Hong Kong, including Nio. This way, Nio mitigated the risk of being forced out of NYSE. However, its decision to carry out the third listing in Singapore is not a move commonly seen among its peers.

Shares of its competitors Xpeng (NYSE:) and Li Auto (NASDAQ:) are also listed in Hong Kong after their so-called dual primary listings.

In an attempt to rival its biggest competitor, Tesla (NASDAQ:), Nio has already hired 400 employees to research and develop battery technologies, with a plan to have both self-produced and externally sourced batteries.

Unlike Tesla, which uses 400-volt batteries, Nio will produce 800-volt lithium-ion battery packs with an advantage of a faster recharge. Li added that new battery packs will be available for sale in the latter half of 2024, presumably for a price of 200,000 to 300,000 yuan.

Media reports also circulated that Nio has advanced plans for expansion on U.S. soil. The EV company has reportedly started the recruitment process for production facilities in the U.S. which will be used for either complete knock down (CKD) or semi-knock down (SKD) assembly methods. This includes shipping manufactured and/or semi-assembled components for assembly in another country.

The move would represent a continuation of Nio’s ambitions to provide services in 25 countries and regions by 2025, including Western Europe, Australia, and the U.S.

The new report correlates with a report from January, saying that Nio had signed a ten-year lease in San Jose, which will be used as the EV company’s local headquarters.

Nio investors received another blow as shares fell over 7% on the Q1 earnings report. Shares of the EV company were already down sharply in a more challenging macro environment in 2022. It is now unlikely that shares will turn higher as long as the company faces supply chain management troubles and macro headwinds. 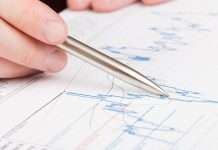 JD.com Is a Solid Pick for Those Willing to Take the...