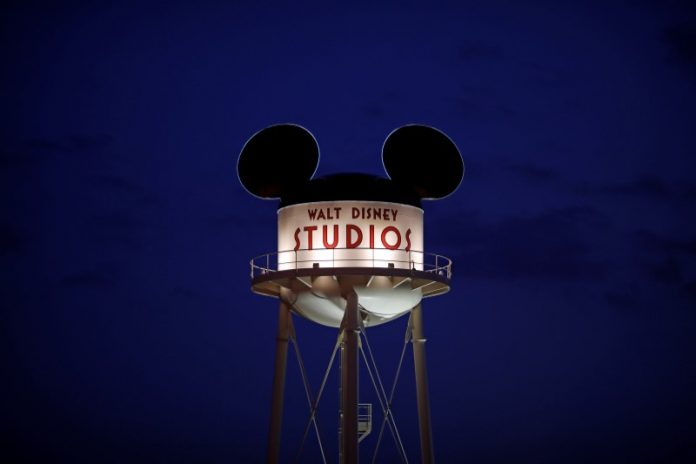 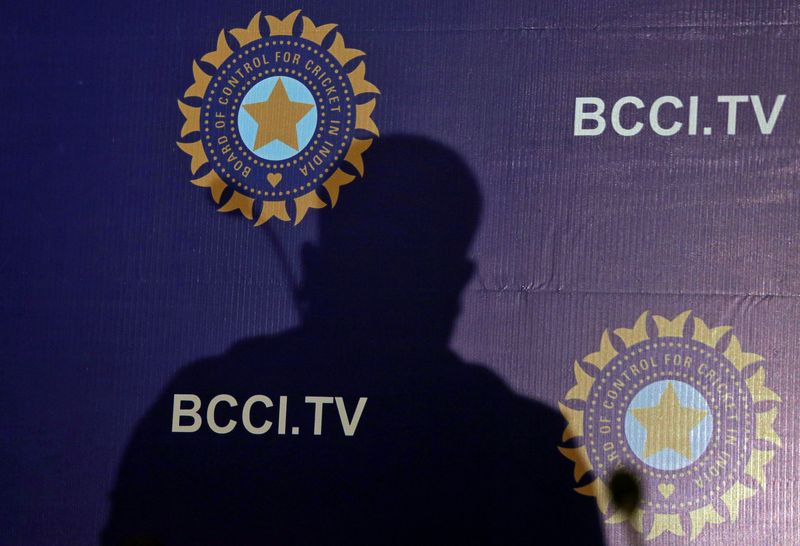 © Reuters. FILE PHOTO: The shadow of a man falls on a backdrop with the logo of the India’s cricket board BCCI before the start of a news conference to announce its cricket team’s coach, in Mumbai, India, August 16, 2019. REUTERS/Francis Mascarenhas

By Shilpa Jamkhandikar and Amlan Chakraborty

MUMBAI/NEW DELHI (Reuters) -The bidding war for media rights to the Indian Premier League (IPL) will continue on Monday with Disney , Sony (NYSE:) and India’s Reliance in contention for what could fetch the Indian cricket board up to $6 billion.

The bidding began at 0530 GMT on Sunday for the broadcast rights, digital rights, a bespoke package that includes rights for high-value matches as well as rights to broadcast the world’s richest T20 league in foreign territories.

“We are very happy that things are going the way they were planned,” treasurer of the Indian cricket board (BCCI) Arun Singh Dhumal told Reuters.

“The participants are very enthusiastic. The bidding is still on and we are hoping for a good number tomorrow.

“This is the first time we went for an e-bidding to ensure a fair and transparent process.”

The IPL, counting top Indian industrialists and Bollywood stars such as Shah Rukh Khan among its franchise owners, is often seen as a surefire ticket to high TV ratings and growth in India’s booming online streaming space.

“There is also a global shift toward saner valuations, where investor expectations have shifted from ‘growth-at-any-cost’ to ‘growth-with-profitability’,” said Mihir Shah, vice president of consultants Media Partners Asia.

Gujarat Titans, owned by European buyout firm CVC, won the 15th edition of the league, beating Rajasthan Royals in the May 29 final in front of more than 100,000 fans in Ahmedabad.

Amazon.com Inc (NASDAQ:) pulled out of the bidding process on Friday, saying it did not think it was viable growth option for the company in India.

Last time, Star India won a consolidated bid that gave it broadcasting rights on both television and digital platforms.

“At renewal value of $5 to $6 billion or more, the rights would require the winner to attain significant scale in the $20 billion competitive streaming and TV industry,” Shah said.