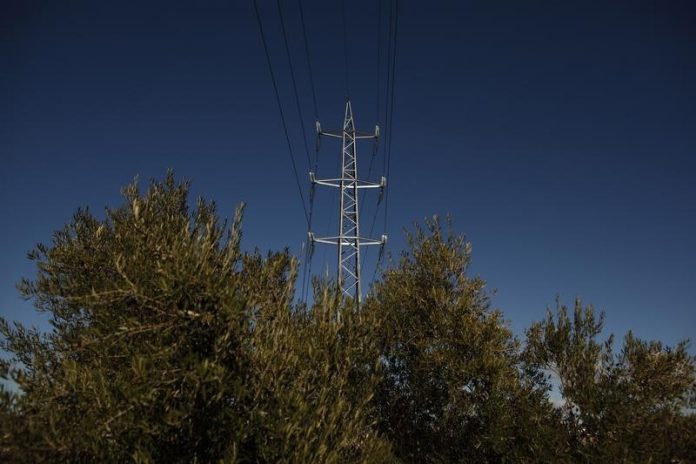 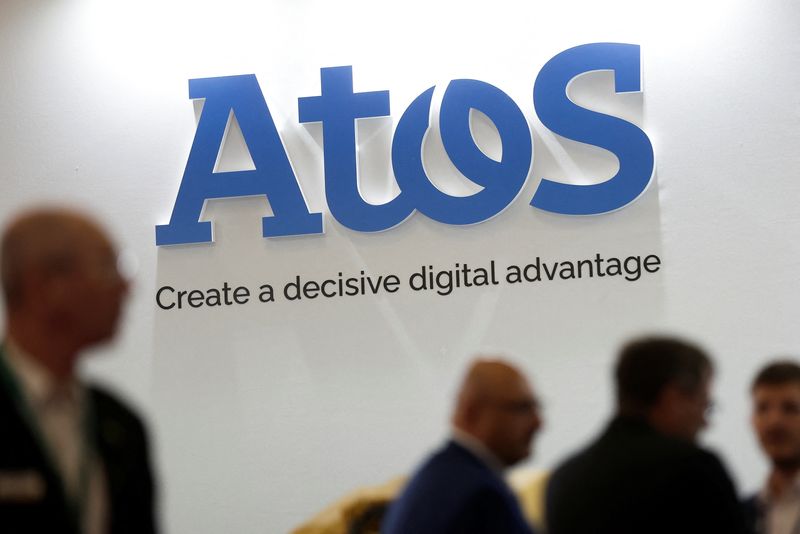 © Reuters. FILE PHOTO: The logo of Atos is pictured at the Eurosatory international defence and security exhibition in Villepinte, near Paris, France June 13, 2022. REUTERS/Benoit Tessier

PARIS (Reuters) – French IT company Atos spooked investors on Tuesday with a plan to split its operations and sell assets as well as the departure of CEO Rodolphe Belmer, sending its shares plunging by more than 25%.

The departure of Belmer, who took over in January, follows weeks of reports of board divisions over revamping the company.

Belmer and the board clashed over the fate of cybersecurity unit BDS, sources close to the matter have said, as he was willing to sell the business while the board wanted to retain it.

Atos is deemed strategic by the French government for its high-tech assets such the manufacture of supercomputers and software used by the army and the finance ministry to manage tax collection. Former prime minister Edouard Philippe sits on its board.

Belmer’s departure was announced just an hour before a capital market day that investors hoped could restore confidence after a series of setbacks that has wiped out two-thirds of Atos’s market value over the past year,

Belmer, the former boss of satellite company Eutelsat, will leave Atos on Sept. 30. Atos shares fell as much as 27% in early Paris trading, and were down almost 19% as of 0931 GMT.

On Monday, they fell more than 10%, following a media report about its future strategy.

The weakness of its shares have made Atos a topic of takeover rumours. A finance ministry official said the government was closely monitoring developments and noted strategic assets were protected from hostile takeovers by a decree on screening foreign investments.

SPLIT-UPAtos plans to split into two publicly listed entities and said it had appointed two deputy CEOs, Nourdine Bihmane and Philippe Oliva, to lead each of these.

The split would be aimed at “unlocking value” as part of a broader plan that would cost an estimated 1.6 billion euros in 2022-2023, the company said.

Atos will sell assets worth about 700 million euros, Belmer said on Tuesday in a call with reporters.

It has already sold its 2.5% stake in payments company Worldline as part of its disposals plan, raising 220 million euros.

As part of split-up, Atos is considering spinning off and combining BDS with its services operations, notably those aimed at helping customers move to the cloud.

Dubbed Evidian, these operations combined generated 4.9 billion euros in revenue in 2021, up by 5% from the previous year, and an operating margin of 7.8%.

The remaining part of Atos will include its declining and loss-making IT infrastructure management services, which had sales of 5.4 billion euros last year.

Atos said it aimed to return to growth and profits for these activities by 2026.

Asked if he would benefit from the two-year severance pay approved by shareholders in case of an abrupt departure of the CEO within two years, Belmer said he had proposed to leave with 9 months worth of salary.

Previously the boss of Vivendi-owned pay-TV station Canal+, Belmer had promised a new start for Atos after a sudden loss of investors’ confidence following reservations expressed by auditors over the accounts of two U.S. entities and a failed attempt to acquire a U.S. company hit investor confidence.

The review of the two U.S entities revealed no material misstatement, Atos has said. 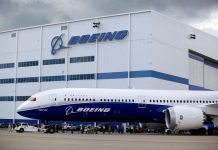 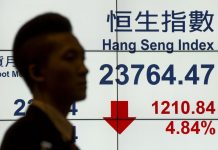 PayPal Walks Back, Apologizes for AUP Change That Drew Criticism from...