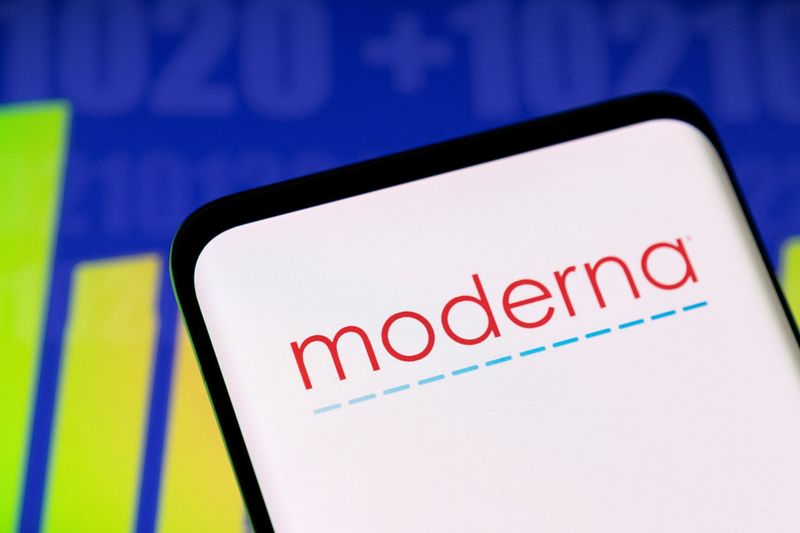 © Reuters. Moderna logo and stock graph are seen displayed in this illustration taken, May 3, 2022. REUTERS/Dado Ruvic/Illustration

Sanchez wrote on his Twitter (NYSE:) account that he had a meeting with Moderna vice president, Dan Staner, and heard about the drugmaker’s expansion plans in the country.

Spanish pharmaceutical group Rovi agreed early in the year a 10-year extension to its deal with Moderna to manufacture future drugs developed with the mRNA technology used for the U.S. company’s coronavirus vaccine.

Rovi said the deal would include new investment to expand capacity at Rovi’s plants, without disclosing the amount of investment at that moment.

In a separate statement, Moderna said it plans to set up a quality testing laboratory for mRNA vaccines in Madrid, which is expected to be operational in 2023.