As part of a deal with investment management firm D.E. Shaw, the Memphis, Tennessee-based provider of parcel delivery services hiked its quarterly dividend by more than 50%, restructured its board of directors, and promised to cut costs to fight the highest in the US in 40 years.

Shares of the company jumped 14% in Tuesday’s session, the largest daily gain in almost 36 years, as investors welcomed the move. FedEx stock has now fallen 12.8% this year, compared with a 23% decline in the . FDX closed Thursday at $225.31. 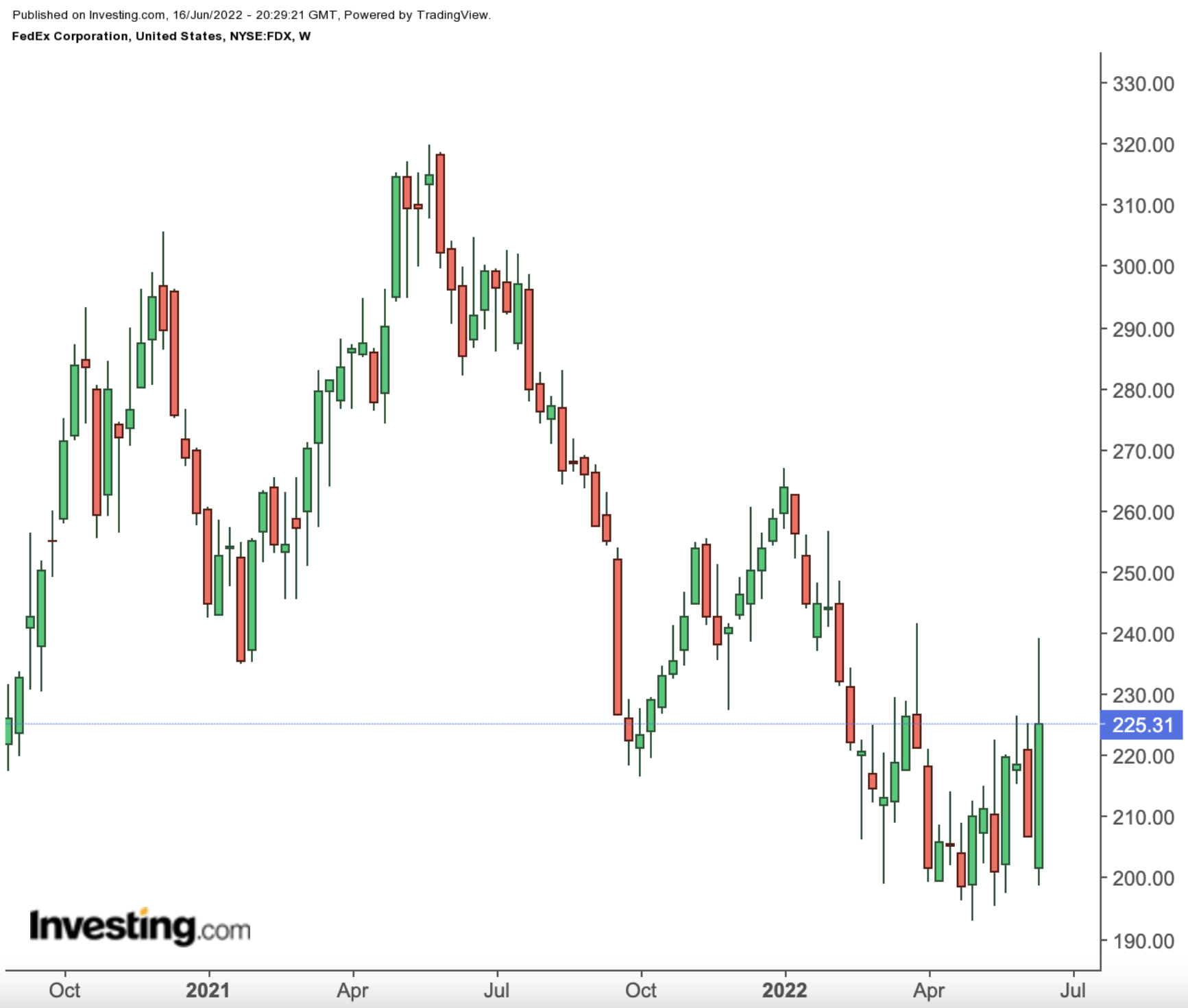 In March, FedEx posted lower than Wall Street’s estimates, pressured by rising costs related to a US labor shortage and tighter package volumes, which countered gains from pricing increases.

However, D.E. Shaw took the worse-than-expected report as an opportunity to raise its stake in the global Courier. As of Mar. 31, the investment company held a roughly $200 million stake in FedEx, according to FactSet.

As part of the shareholder-friendly move, FedEx is appointing Amy Lane and Jim Vena as independent directors effective immediately, with a third new director to be named later—agreed upon by FedEx and D.E. Shaw.

The shake-up in the company’s leadership comes as the logistics industry experiences a slowdown in business activity after the pandemic-triggered boom in the delivery services cooled.

Michael O’Mary, managing director at D.E. Shaw, said the additions to the board and cost-cutting measures would help FedEx deliver on its plan to boost shareholder returns.

The changes announced this week indicate that Raj Subramaniam, who took over as CEO from founder Fred Smith on June 1, is more open to addressing investor concerns as FedEx struggles to boost profit margins, Bloomberg said in its report.

One major factor behind this poor performance has been operational inefficiencies which have kept FedEx costs higher. Unlike UPS’ one network, FedEx’s Ground business is operated by independent contractors, while its Express business owns aircraft and vehicles and has employees and pilots directly on its payroll.

However, as part of this week’s announcement, FedEx plans to cut capital spending and rework its executive compensation program to link cash bonus payments to the company’s total shareholder return.

As the world’s largest cargo airline and a major provider of parcel delivery services, FedEx’s business touches many industries, from consumer goods to pharmaceuticals. For that, the company’s performance is usually a proxy of how the broader economy is doing.

According to a note by Morgan Stanley, the structural pressures on FedEx “are intensifying.” The investment giant, nonetheless, does not foresee a material improvement in the company’s performance following this week’s shake-up.

After many years of underperformance, FedEx seems to be on the right path to improving its investment appeal. Its stock, however, will struggle if the economy slips into a recession, hurting demand for logistics services.

Sitting on the sidelines, in our view, seems to be a better strategy at this point.